The phrase of the week has been “life experience” regarding President Obama’s Supreme Court nomination.  So today’s National Right to Work Committee alert looks at the real “life experience” of Federal Election Board nominee John Sullivan.  (See the video alert below or on this YouTube link.  Download full John J. Sullivan alert.)

From his time as a Steelworkers Union President (1978) through today, Sullivan’s working life experience has been focused on defending labor union boss actions and promoting their forced-dues power.

Even during his brief time as a Teamsters election officer counsel, the public record available indicates that his actions supported power grabs by corrupt, incumbent union bosses.   In one case, he represented the Election Officer in his demand to disclose personal information about those who supported the incumbent Teamster boss’ opponents.

Despite the legal efforts of Sullivan and other Teamsters lawyers, the Federal government took the extreme and rare step of barring Sullivan’s boss, Ron Carey, for life from the teamsters union.

America Coming Together (ACT), a George Soros and Andy Stern creation eventually receive one of the largest fines in Federal Election Commission history – $775,000.

“We similarly are concerned that the amount of the penalty imposed against ACT in this case represents only a tiny fraction of the nearly $100 million that the FEC found ACT illegally spent to influence the 2004 election,” wrote the Center for Responsive Politics.

Sullivan’s life experiences with the Teamsters and America Coming Together indicate that Sullivan should be kept far away from the Federal Election Commission; certainly not appointed to the Commission’s Board as President Obama intends.

Download and read our John J. Sullivan alert for more information and forward it to friends.  And, contact your U.S. Seantors and let them know that Sullivan is wrong for the Federal Election Commission. 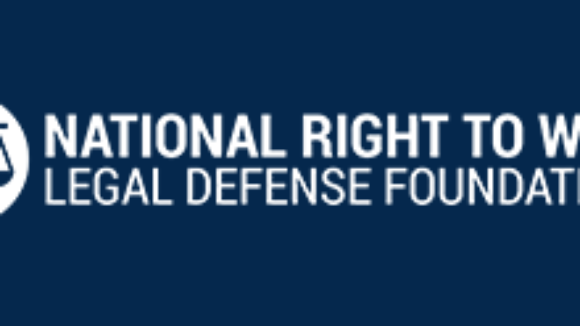