Republican Rep. Phil Gingrey (R-GA) will be introducing legislation to restore balance in election rules for airline workers — rules that were change by the Department of Labor to benefit union organizers. From the Daily Caller:

Obama’s political appointees to the DOL’s National Mediation Board lifted a longstanding requirement that mandated more than half of those who would be unionized to vote in favor of a union. Now, under Obama’s new rules, a specialized company or part of a company can be unionized by a majority of only those who show up to vote.

The Association of Flight Attendants (AFA) has tried to unionize Delta Airlines flight attendants several times in the past decade. The AFA even got unionization to a vote three times but failed on each attempt because the unions couldn’t get enough workers to vote in favor of unionizing. The Obama Administration was able to ease those union election accountability requirements, in part, by placing two political appointees to the National Mediation Board: Linda Puchala, the former president of a flight attendants’ union similar to the AFA, and Harry Hoglander, an active member of the Airline Pilots Association union.

Gingrey’s staff told The Daily Caller that the National Mediation Board isn’t fair and clearly has a pro-union agenda because two of its three non-elected members, who make decisions with enormous impact throughout several industries, have advocated on behalf of unions before. 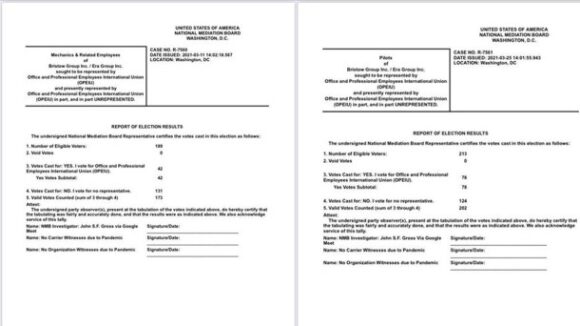