Americans in Their Working Years Are ‘Voting With Their Feet’

Because, as a group, they already have plenty of work experience, but are still able to put in a lot of hours on the job, the 84.0 million Americans who were aged 35-54 in 2014 are commonly characterized by economists as being in their “peak earning years.”

Unfortunately for the 25 states that continue to lack Right to Work laws today, millions of their residents in this age bracket have gone missing.

If the number of 35-54 year-olds living in forced-unionism states today were perfectly proportionate to those states’ share of births from 1959 to 1978, there would have been, as of 2014, 48.9 million residents in that age bracket, instead of the actual figure of 45.6 million

That suggests forced-unionism states’ deficit of residents in their peak earning years is roughly 3.3 million.

“It’s really no mystery what’s happened to these working-age Americans. Millions have fled states where Big Labor wields the power to force employees to pay union dues, or be fired. In effect, they have ‘voted with their feet’ in favor of Right to Work laws.

“And the correlation between Right to Work laws that prohibit forced union dues and fees and net in-migration of breadwinners is very robust.”

But 10 states still managed to chalk up gains of more than 3% in their peak-earning-year population over the same period. And nine of those states — Arizona, Florida, Georgia, Idaho, Nevada, North Carolina, South Carolina, Texas and Utah — have longstanding Right to Work laws.

Meanwhile, among the 11 states suffering the steepest declines in their 35-54 year-old population since 2004 — Alaska, Connecticut, Maine, Michigan, Montana, New Hampshire, Ohio, Pennsylvania, Rhode Island, Vermont, and West Virginia — not one had a Right to Work law prior to 2013. With the exception of Michigan, all remain forced-unionism today.

Since roughly 19% of all 35-54 year-olds across the U.S. are immigrants, some readers may wonder if immigration could explain Right to Work states’ aggregate increase of 4.5% in 35-54 year-old population since 2004.

“The obvious and correct explanation for the Census Bureau data is that breadwinners, along with their families, are moving in droves from forced-unionism states to Right to Work states,” said Mr. Mourad.

“Working men and women find that they can provide better for their families in Right to Work states, with their generally higher real incomes and lower living costs.”

He noted that U.S. Commerce Department data, adjusted for regional differences in cost of living with an index calculated by the nonpartisan Missouri Economic Research and Information Center, show that, in 2014, the six states with the highest per capita disposable income all had Right to Work laws.

“Union bosses know full well,” he added, “that compulsory-unionism states like California, New York, and New Jersey are far more expensive than the national average, but conveniently forget about this whenever they are debating living standards in Right Work vs. non-Right to Work states.

“And what’s hardest of all for union propagandists to explain away is the fact that, when they have a choice, working-age people clearly prefer to live in Right to Work states.” 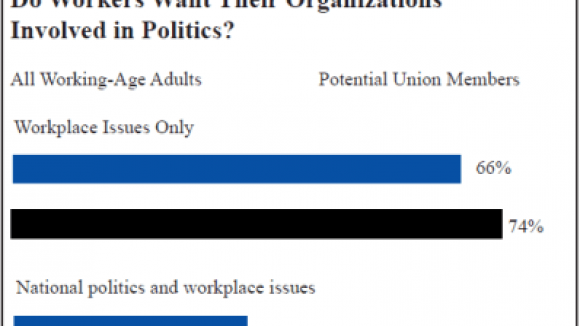