According to a news report filed early this week for National Public Radio affiliates in Missouri (see the link below for more information), Missouri House of Representatives Speaker John Diehl (R-Town and Country) will hold a floor vote this week, perhaps as soon as today, on Right to Work legislation prohibiting the termination of employees for refusal to join or pay fees to an unwanted union in their workplace.

Top bosses of the Missouri National Education Association (MNEA) teacher union are joining with other Big Labor officials to lobby furiously against enactment of a state Right to Work law.

And yet, undeniable demographic evidence from the U.S. Census Bureau strongly indicates that, as teacher union bosses fight to perpetuate compulsory union dues and fees in Missouri, they are effectively fighting to reduce the number of kids that the educators in their state will have an opportunity to educate.

A major concern for American teachers and prospective teachers is the glacial growth in our country’s K-12 school-aged population, that is, 5-17 year-olds.  In 2013, the most recent year for which comprehensive age-segregated state population data are available, there were 398,000 more children aged five to 17 than there had been in 2003.  In percentage terms, the U.S. population as a whole grew 12 times as fast from 2003 to 2013 as the “K-12 contingent.”

But not all states have been equally affected by the slow growth.

On the one hand, 17 states suffered declines of greater than 3% in the K-12 contingents of their populations from 2003 to 2013.  Fifteen of these states (Alaska, California, Connecticut, Illinois, Maryland, Massachusetts, New Hampshire, New Jersey, New York, Ohio, Pennsylvania, Rhode Island, Vermont, West Virginia and Wisconsin) have one thing in common:  They lacked Right to Work protections for the entire decade.

Over the same period, 14 states experienced increases of 4% or more in their school-aged population.  With the sole exception of Colorado, all of the states with the greatest increases in the number of 5-17 year-olds from 2003 to 2013 (Arizona, Arkansas, Georgia, Idaho, Nebraska, Nevada, North Carolina, Oklahoma, South Carolina, Tennessee, Texas, Utah and Wyoming) have Right to Work laws.

In the aggregate, Right to Work states’ K-12 contingent increased by 1.80 million, or 8.7%, from 2003 to 2013, while forced-unionism states’ school-aged population fell by 1.18 million, or 4.o%.  (Michigan and Indiana, which have enacted Right to Work laws only recently, are excluded.)

Why does the number of schoolchildren keep rising in states that prohibit Big Labor from forcing workers to pay dues or fees to an unwanted union as a condition of employment, even as it falls in states that do not protect employees from compulsory unionism?  The reason is not immigration from abroad, which affects Right to Work states and forced-unionism states roughly equally.

In fact, forced-unionism California and New York together endured a net population loss of roughly 460,000 school-aged children from 2003-2013, despite the fact that they rank #1 and #2 for the share of their population that is foreign-born, respectively.

The real reason for the disparity is that parents and prospective parents are moving in droves to Right to Work states.  They find these states, with their generally higher incomes and lower living costs, to be more attractive places to live and, particularly, to raise children.

By becoming America’s 25th Right to Work state, Missouri can thus, in all likelihood, reverse the decline in school-aged population it has been experiencing up to now over the course of the next few years.

Missouri teacher union chieftains will naturally insist that reducing job opportunities for the educators they purport to represent isn’t their intent.  But, whatever their intent, union dons value forced unionism more highly than teachers’ jobs.

Regardless of how teachers personally feel about voluntary vs. compulsory unionism, they should pause to consider whose best interests MNEA and other teacher union officials are really protecting.

Missouri House Ready To Take On ‘Right to Work‘ Measure

Companies that are investing in Right to Work Michigan are Gen3, Serve Electric, AGP E-Glass, and SK Siltron CSS. These will create 730 new jobs! 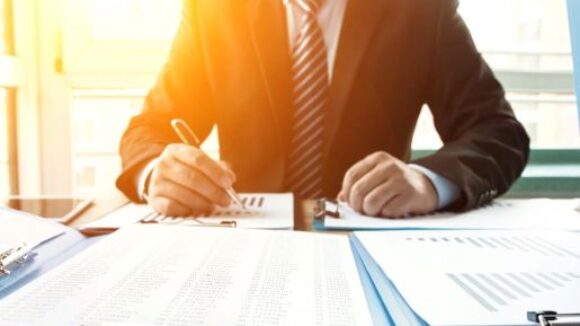 President Biden's $3.5 trillion spending plan might include rewarding Big Labor by giving them a $250 tax reduction on their union dues.