The powerful union bosses in Nevada are encouraging non-citizens to go to the polls. From the Las Vegas Review Journal:

Voter registration fraud is not a groundless conspiracy. It is not a hypothetical threat to election integrity.

In Nevada, a battleground state that could decide the presidency and control of the U.S. Senate, it is real.

Last week, I met with two immigrant noncitizens who are not eligible to vote, but who nonetheless are active registered voters for Tuesday’s election. They said they were signed up by Culinary Local 226.

They speak and understand enough English to get by. But they don’t read English especially well. They say the Culinary official who registered them to vote didn’t tell them what they were signing and didn’t ask whether they were citizens. The immigrants said they trusted that the union official’s request was routine, thought nothing of it and went about their work.

Then the election drew closer. Then the Culinary canvassers started seeking them out and ordering them to go vote.

One of the immigrants was visited at home by a Culinary representative and said the operative made threats of deportation if no ballot was cast.

After a few days of early voting, the union knew the immigrants still hadn’t voted. So union canvassers kept visiting.

One day, when a Culinary representative was told the immigrant wasn’t a citizen and wouldn’t vote, things got testy. The immigrant was “in so much trouble,” the Culinary operative said, according to Brenda Moraine, a local immigrant advocate who was there.

The immigrants spoke with me on the condition that I provide no identifying information about them beyond their membership in the Culinary. They’re afraid of reprisals from the union, they’re afraid of losing their jobs, and they’re concerned that their signatures are on a government document that says, in part, “I swear or affirm I am a U.S. citizen. I declare under penalty of perjury that the foregoing is true and correct.”

I verified their identities, their lack of citizenship and their status as active registered voters in Clark County.

One of the immigrants validated my worst fears about Nevada’s weak voter registration standards and voting safeguards.

“There are others,” the immigrant said.

Other noncitizen Culinary workers are registered to vote?

The question, now that early voting is over and Election Day is just two days away, is how many of these ineligible voters have done the Culinary’s bidding and submitted ballots, whether out of ignorance or fear, and how many have the knowledge and courage to follow the law and stay away from the polls.

In Nevada you never have to prove you’re a citizen to register to vote or cast a ballot. Forget about showing government-issued photo identification at the polls, as several states now require. You don’t have to show a photo ID at any point in the process. The immigrants I met could vote Tuesday just by showing a Culinary health insurance card and a power bill.

“One would establish identity and one would establish residence,” Clark County Registrar of Voters Larry Lomax said of state standards. “Just like every other voter in Nevada, they will not be asked to prove citizenship.”

You can’t cash a check in this town with such flimsy identification.

How serious is this issue? What I’ve detailed above constitutes multiple Category E felonies.

I spoke with Yvanna Cancela, political director for the Culinary Local 226, on Friday about what these immigrants have experienced.

“This is very, very serious,” she said. “No one would train anyone to register noncitizens or threaten registered voters in any way.”

She said if a noncitizen were registered to vote by accident, and if they told a Culinary canvasser they weren’t eligible to vote, canvassers are trained to have the person fill out a form to revoke their registration with the county. That form is immediately submitted to the county.

Cancela theorized that the canvasser who said the immigrant was “in so much trouble” actually was pointing out that it was wrong the immigrant had been registered to vote in the first place and that the immigrant needed to be taken off the registration rolls.

One of the immigrants had filled out the paperwork to do just that. As of Friday afternoon, the immigrant was still registered to vote. On Friday, at my request, Clark County election staff sorted through every registration cancellation form they had received in the past month. The immigrant’s form wasn’t among them.

“How many don’t have an advocate who’ll say, ‘Don’t do this’?” Moraine asked. “How many have no one to tell them they’re breaking the law if they vote?”

Cancela asked me to identify the workers so the union might be able to learn which Culinary canvassers had made contact with them and who had registered them to vote. When I said I couldn’t under the terms of my interview with the immigrants, she added that if they came forward, the union would take corrective action against those canvassers to make sure they understood the law.

Cancela did not know how many noncitizens are represented by the Culinary Local 226.

I’ve written extensively about voter registration through the final weeks of this campaign. In my Sept. 30 and Oct. 14 columns, I detailed how the state, at taxpayer expense, mailed post cards to an undetermined number of noncitizens, felons and deceased Nevadans inviting them to register to vote online. I reported that more than 2 percent of Clark County’s registered voters are “ID-required” – information on the applications from these first-time voters did not match state Department of Motor Vehicles records and Social Security data, thus requiring the voter to present minimal identification to be able to vote.

We should ask every voter, upon registration, to prove citizenship, but we don’t. Instead, we have an honor system that’s exceedingly easy to cheat and gives political parties and politically active groups a powerful incentive to break the law without much risk of being caught.

But what if they do? 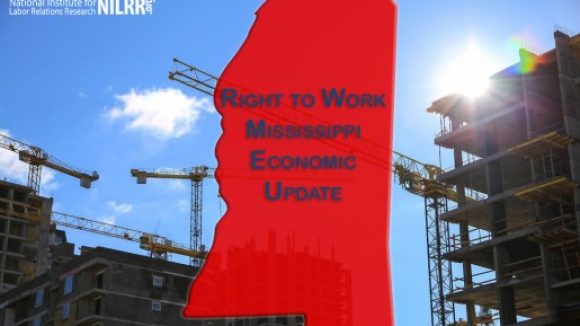