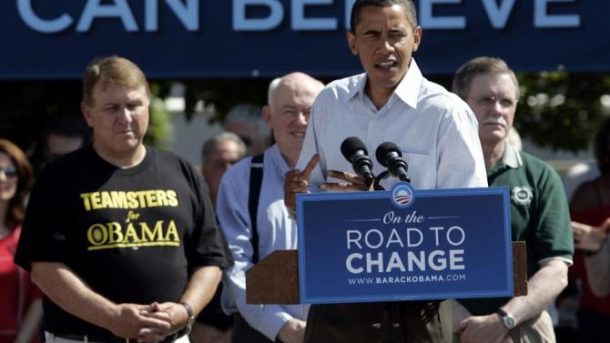 Roughly a year after being sworn in as America’s 45th President, Donald Trump is coming under increasing pressure to defuse a number of policy “time bombs” planted by his predecessor during his second term in office.

And one of the most seemingly intractable of these “time bombs” pertains to an estimated $600 billion in unfunded promises made by private pension plans controlled by Big Labor, either exclusively or in partnership with unionized employers. (The jointly controlled benefit funds are commonly referred to as “multiemployer” pension plans.)

Hundreds of union and “multi-employer” plans are in deep trouble primarily for one reason:  The contributions going into these funds, in amounts determined through union monopoly bargaining, were never realistically sufficient to pay for the pensions that union bosses and their agents told workers they would provide.

Although the long-term outlook for “multiemployer” plans like the Teamsters Central States Pension Fund (CSPF) is very bleak, relatively few are poised to go bankrupt during the Trump Administration.

But Mr. Trump nevertheless faces a crisis in 2018 because of the so-called “Multiemployer Pension Reform Act,” championed in a lame-duck Congress by soon-to-be ex-Senate Majority Leader Harry Reid (D-Nev.) and signed by Barack Obama just over three years ago.

Under the MPRA, which altered more than 40 years of labor law, pension plans that are classified as “critical and declining” are potentially eligible to reduce benefits by 30% to 65%, without ever having to file for bankruptcy.

So far, three union-controlled pension plans have succeeded in slashing benefits with the MPRA’s help.

National Right to Work Committee Vice President Matthew Leen commented: “Well over a million other unionized active employees and retirees now realize that, unless the legal landscape changes, their benefits could be targeted for major, MPRA-authorized reductions in the near future.

“Understandably, current and future retirees who are in troubled, Big Labor-dominated plans are turning up the pressure on Congress to find a way to ensure that their pensions are fully or nearly fully funded.”

Mr. Leen added that many of the workers who now face steep pension cuts never even voluntarily joined the union whose officers are responsible for having egregiously mismanaged their benefit funds.

Rather, they were corralled, with federal labor laws’ abetment, into a union and a union benefit fund as a condition of employment.

“But that doesn’t mean that any measure purporting to boost the pensions of union retirees is acceptable.

“Any citizen who sincerely cares about workers and their financial security should oppose schemes that supposedly protect pension benefits, but let union bosses off the hook for cheating workers out of their contracted compensation.

“Such schemes are wrong not only because they are unfair, but also because, if adopted, they will encourage Big Labor to continue to lure unsuspecting employees with nice-sounding pension promises and to continue failing to find a way to fund those promises.

“And ultimately, Congress must end the pro-union monopoly federal labor policies that are largely culpable for the pension shortfalls faced by millions of unionized workers today.

“If front-line workers, acting as individuals, could opt out of the union in their workplace and personally direct where employer contributions to their retirement are invested, it would be much more difficult for union bosses to get away with foisting underfunded plans on their voluntary members.

“Rolling back government-promoted union monopoly bargaining in the private-sector workplace won’t be easy, of course.

“But the unfolding union and multiemployer pension debacle illustrates why fundamental labor-law reform is necessary.” 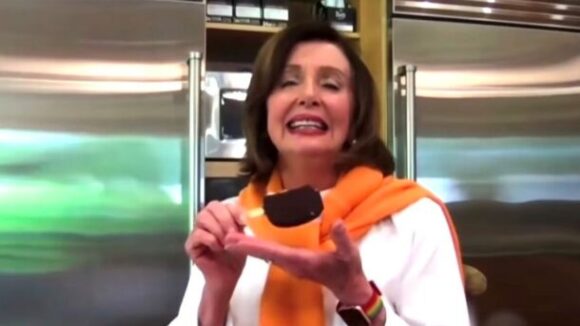 Consequently, despite the evident risks, Ms. Pelosi simply won’t be able to say “no” to AFL-CIO President Richard Trumka and his cohorts if they push for another PRO Act House roll-call vote in 2021 or 2022. 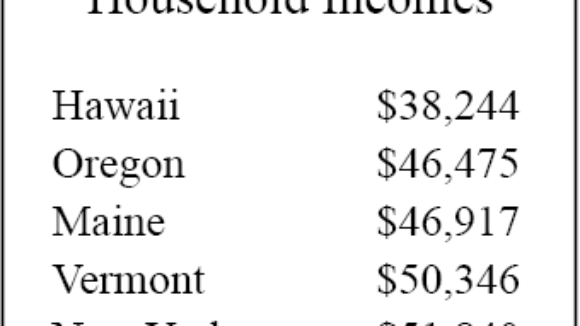 Right to Work Households Have More to Spend

A National Institute for Labor Relations Research analysis of U.S. Census Bureau (BOC) data shows that the mean cost of living-adjusted, after-tax household income in Right to Work states in 2019 was $64,572, roughly $4,300 higher than the forced-dues state average. 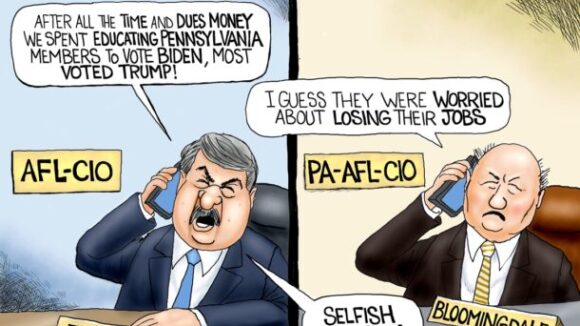 Were it not for the Big Labor political machine, which is estimated to pump more than two billion dollars into electioneering and lobbying in every campaign cycle, Joe Biden would not be heading into the White House now, say Mr. Trumka and company.