Governor Deval Patrick has decided to protect his cronies, to give SEIU an additional $6 million over the next ten years, and to force taxpayers to pay for these new SEIU union dues.  Forced-unionism champion Gov. Patrick raised the bar for… 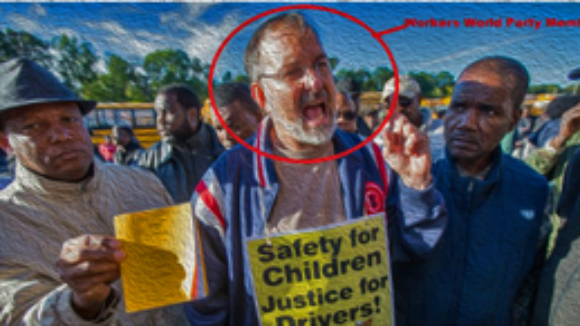 Communist Steelworker is the spokesman for a bus drives strike.  Seems like the rabid rabble-rouser is a traveling troublemaker.

The 2.8 million members and supporters of the National Right to Work Committee and many other like-minded Americans oppose union-only “project labor agreements” (or PLAs) on taxpayer-funded projects primarily because they force nonunion companies to impose union monopoly bargaining on…

Top bosses of the National Education Association-affiliated Massachusetts Teachers Association (MTA) union are determined to foist a $1.9 billion tax hike on hardworking people across the Bay State.  And they are enlisting the help of union-label Democratic Gov. Deval Patrick…

From the Weekly Standard: A GOP source sends along this video, shot by a Republican tracker, of a union member supporting Democratic Senate candidate Elizabeth Warren outside of a debate Wednesday night in Springfield, Massachusetts. The cameraman asks the union…