Philly Boss: Under Indictment, and Still a Kingmaker

In January, Business Manager John Dougherty (AKA “Johnny Doc”) and five other officers and staff members of Local 98 of the International Brotherhood of Electrical Workers (IBEW) union were charged in the U.S. District Court for the Eastern District of Pennsylvania with embezzlement, bribery and theft.

According to prosecutors, Johnny Doc and his cohorts stole more than $600,000 in union funds, primarily dues and fees that workers under their control are forced to fork over as a job condition due to Pennsylvania’s lack of a Right to Work law.

Late this winter, a number of pundits publicly wondered if local and state politicians would continue to accept cash contributions and forced dues-funded “in-kind” support from IBEW Local 98. (At this writing, the union is still being run by Johnny Doc and other indicted Big Labor bosses.)

No one has to wonder any more.

‘Plenty of Politicians Are Still Happy to Take Checks’

Recent campaign filings show, as journalist Dave Davies of WHYY radio in Philadelphia pointed out in a May 16 report, that “plenty of politicians are still happy to take checks from the union headed by the man known as ‘Johnny Doc.’”

Reports collected by Mr. Davies show that during the first few months of this year “Local 98 spent $746,000” supporting “19 Philadelphia candidates for office.”

The largest single contribution by far was $400,000 to a super PAC, which used the money to buy air time for ads backing Philadelphia Mayor Jim Kenney’s (D) re-election bid.

And the money Local 98 kingpins poured into City of Philadelphia electioneering represents only about half of the $1.4 million the Local 98 hierarchy acknowledges devoting to Pennsylvania politics since the beginning of this year.

A large share of the loot went to ward committees and county political committees outside of Philadelphia.

“Big Labor politicians like Jim Kenney often try to explain away their willingness to benefit from direct and/or indirect contributions from crooked union bosses by pretending it is rank-and-file union members who are donating the money,” said National Right to Work Committee Vice President Mary King.

“That’s laughable. The reality is that Local 98 PAC contributions are extracted from rank-and-file members. They aren’t genuinely voluntary at all.

“As a February 25 Philadelphia Inquirer article noted, citing former Local 98 insider Rick Mariano, who successfully ran for city council with Johnny Doc’s backing before falling afoul of the law himself, when Local 98 members sign up to make PAC donations, ‘it’s not really voluntary — if they want to work.’

“And of course, although the money comes from the union rank-and-file, it is Johnny Doc who has the final say about which politicians get Local 98 contributions, and which don’t.

“Another lame excuse some politicians offer for continuing to rake in Local 98 contributions is that the evidence against Johnny Doc and his henchmen has not yet been presented to a jury.”

“Like every other American, Johnny Doc has a right to have his day in court before he is subjected to any criminal punishment,” affirmed Ms. King.

“But no citizen with a modicum of common sense needs to wait for a jury to tell him or her that Local 98 is a crooked operation that is not run for the benefit of the workers it purportedly represents.”

Ms. King pointed to a National Institute for Labor Relations Research analysis of the union’s LM-2 and other disclosure reports for 2016, the most recent such forms Local 98 has submitted to the U.S. Labor Department:

“The union’s own disclosures reveal gross mismanagement,” she said. “For example, the LM-2 admits other Local 98 officers ‘unwittingly’ (and illegally) loaned $271,462 in union treasury money to Johnny Doc.

“Just the information in federal disclosure forms, let alone the charges in the pending criminal cases, should be enough to deter public officeholders and challengers for public office from wanting to have any association with the Local 98 brass.

“But the lure of forced dues-fueled politicking keeps drawing them in.” 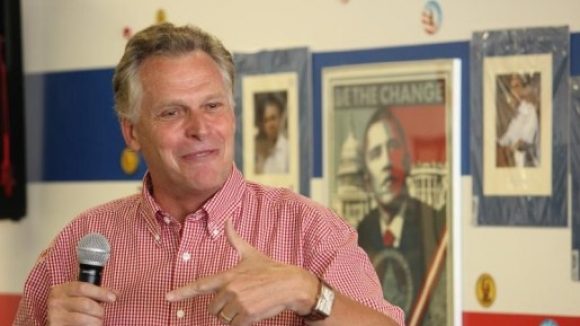