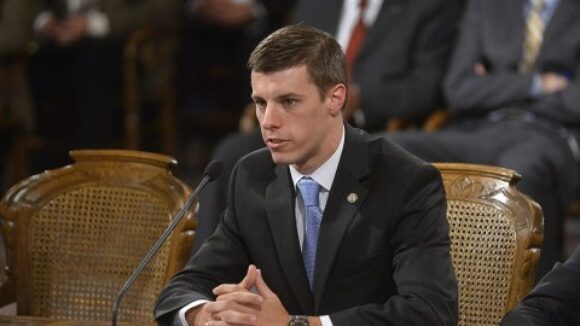 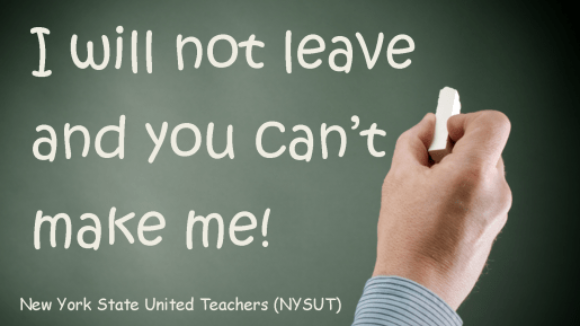 The New York Post and Daily Caller report on a disgraced typing teacher in New York who hasn't taught a class since 2001 but collects over $100,000 a year from taxpayers thanks to union rules that prevent his firing.  "His case is one of seven in the New York City Department of Education, where teachers the department can’t fire are “rubber-roomed” — essentially meaning they don’t do any real work but keep getting paid, the Caller reports.  Six other teachers also find themselves collecting hefty checks and accumulating pensions for not working. Read it and weep: In a defiant raspberry to the city Department of Education — and taxpayers — disgraced teacher Alan Rosenfeld, 66, won’t retire. Deemed a danger to kids, the typing teacher with a $10 million real estate portfolio hasn’t been allowed in a classroom for more than a decade, but still collects $100,049 a year in city salary — plus health benefits, a growing pension nest egg, vacation and sick pay. Mayor Bloomberg and Gov. Cuomo can call for better teacher evaluations until they’re blue-faced, but Rosenfeld and six peers with similar gigs costing about $650,000 a year in total salaries are untouchable. Under a system shackled by protections for tenured teachers, they can’t be fired, the DOE says. “It’s an F-U,” a friend of Rosenfeld said of his refusal to quit. “He’s happy about it, and very proud that he beat the system. This is a great show-up-but-don’t-do-anything job.” Accused in 2001 of making lewd comments and ogling eighth-grade girls’ butts at IS 347 in Queens, Rosenfeld was slapped with a week off without pay after the DOE failed to produce enough witnesses at a hearing.