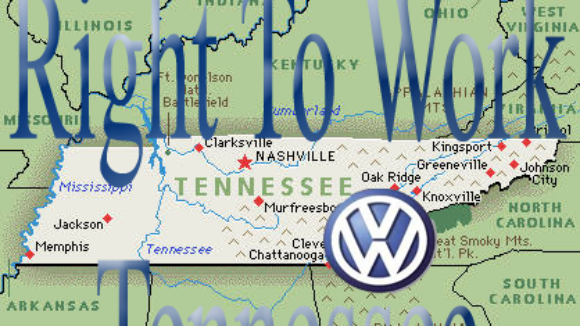 Time to Give Indiana an Economic Edge

As Right to Work legislation finds its way back to the top of the legislative agenda in the state capital, Andrea Neal looks at the benefits of enacting a Right to Work bill in the Hoosier State: It doesn't take an economist to spot the common thread in these recent economic development headlines: Chattanooga, Tenn., July 29: "Volkswagen hires 2,000th employee." Shreveport, La., July 28: "NJ-based bag manufacturer to build Louisiana plant." Decatur, Ala., July 21: "Polyplex to build $185 million plant." West Point, Ga., July 7: "Kia builds vehicle No. 300,000." All four stories have Southern datelines. All come from states with right-to-work laws, which prohibit labor contracts that [force] employees to join a union or pay a union representation fee. This is the issue that prompted the five-week House Democratic walkout during the 2011 Indiana General Assembly. The Democrats -- a minority in both House and Senate -- had no other leverage. So when a right-to-work bill came up unexpectedly in a session that was supposed to be about the budget, redistricting and education, they bolted. Republicans capitulated and took the legislation off the table. In 2012, it will return with a vengeance, and this time Democrats can't avoid it. Right-to-work has been promised a full public airing. The Interim Study Committee on Employment Issues, chaired by Sen. Phil Boots, R-Crawfordsville, is taking a first crack this summer and hopes to recommend a bill by November. Gov. Mitch Daniels, who didn't support the bill last session, has hinted he might this time around.