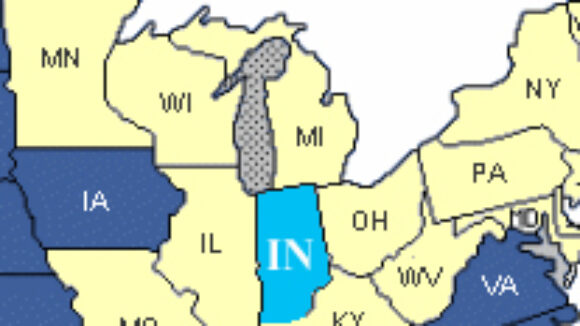 From the Wall Street Journal: The labor reform story of the year is unfolding in Indiana, which Republicans who dominate the legislature are trying to make the nation's 23rd right-to-work state. Democrats are resorting to the old run-and-hide ploy, but this could be a huge economic boon to the Hoosier State. Big Labor portrays right to work as a radical change, but it merely lets individual workers decide if they want to join a union. In non-right-to-work states, workers typically must pay union dues once their worksite is organized—whether they want to pay or not. This enhances union clout and the cash to dominate state politics. Many industrial and manufacturing businesses only consider right-to-work states as locales for expanding their operations. The nearest right-to-work state in the Midwest is Iowa, so Indiana could set itself further apart from such high-tax, unionized havens as Illinois and Michigan. According to Chief Executive Magazine's annual CEO survey, Indiana has climbed to sixth from 16th among state business climates, thanks to reforms since 2004 under Governor Mitch Daniels. But the state's biggest liability remains its labor market. A Forbes survey last year ranked Indiana 34th in business climate, partially because of a dismal 44th rank in labor "supply," which includes unionization. Democrats in the state House played hooky for three days last week in an effort to deny a quorum for voting on the law. They returned to work yesterday after Democratic leader B. Patrick Bauer acknowledged that they "can't stay out forever." House members face penalties of $1,000 per day for walkouts longer than three days, so the obstruction could get expensive.