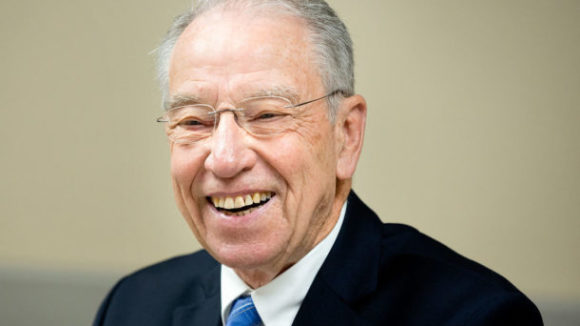 Big Labor Senators Aim to Cement Courts’ Pro-Forced Unionism Bias Even as the number of Right to Work states and the share of all U.S. employees protected from compulsory unionism grew rapidly from early 2012 through early last year,…

General Motors is owned in part by the United Auto Workers. In an effort to help spin the bankruptcy and bailout, the Obama Administration recently made an outrageous claim declaring that the company had "repaid" its $6.7 billion loan from the government.  Malarky. Fox News reports that the repayment was made by dipping further into the bailout money pot: "The hype is not the reality," Sen. Charles Grassley, R-Iowa, wrote in a column on FoxNews.com over the weekend. "It is far from clear how GM and the Obama administration could honestly say, much less trumpet in prime time television ads, that GM repaid its TARP (Troubled Asset Relief Program) loans in any meaningful way." Grassley wrote a letter last week to Treasury Secretary Timothy Geithner expressing his concerns and asking for more information about why the company was allowed to use bailout money to repay bailout money. The $6.7 billion is also just a fraction of the $52 billion General Motors received in government aid. Grassley said lawmakers are being told government losses on GM are expected to exceed $30 billion.