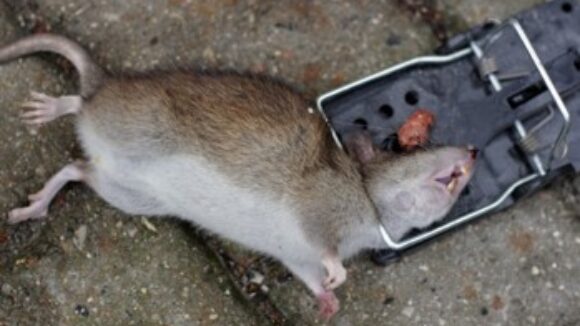 “They were warning me that if I continue to complain about their finances, they would have me killed," a New York union member, who caught the union bosses with their hands in the union member coffers, told the New York Daily News: Unionized phone company employees say they were beaten or threatened after they accused their labor bosses of looting their coffers through various scams. One member of Communications Workers of America Local 1101 said that after he reported a time-sheet padding scheme, a thug beat him so badly his spine was injured. Another says he found a dead rat in his locker, while a third said a union officer warned that suspected informants should be brought off company property and "taken care of." The threats come to light as the U.S. Labor Department is probing charges that union bosses lined their pockets at the rank-and-file's expense. Accusations include an unauthorized 401(k) plan union officers gave themselves funded with members' dues, along with hefty weekly allowances, lavish expense accounts and six-figure salaries, union documents show. The feds are also looking into allegations that double-dipping union bosses illegally received pay from Verizon and the local for the same hours, sources said. "This was union greed and that's worse than corporate greed," said Kevin Condy, a reform movement leader of the 6,700-member local that represents mostly Verizon workers in Manhattan and the Bronx. "These guys acted like they felt they were entitled." And, some members charge, the bosses retaliated when threatened with exposure. In August, business agent Patrick Gibbons said he received death threats and his office was vandalized after he complained that union bosses were misappropriating cash. "They were warning me that if I continue to complain about their finances, they would have me killed," Gibbons wrote in an open letter to union members. Six months earlier, Verizon heavy equipment operators Salvatore DiStefano and Sebastian Taravella sued the local in Brooklyn Federal Court. They said they were harassed after telling Verizon security officials a manager allowed workers to leave early but claim a full day's pay - as long as they completed a quota of assigned jobs. DiStefano told the Daily News he was "attacked by a union thug" as he started the morning shift at a Verizon garage in the Bronx in April 2009. "He pounded me with his fists, he spit on me, he choked me and threw me down to the floor," he said. DiStefano said he suffered two herniated discs and had knee problems that required surgery. He got workers' compensation as a result, records show.