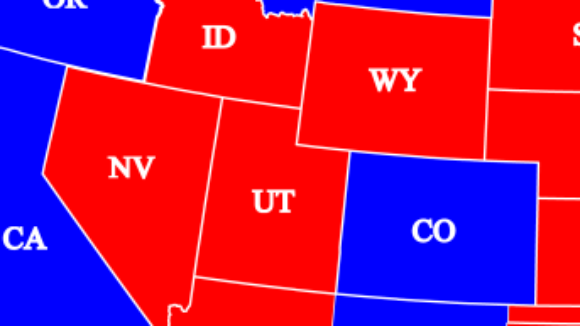 New Mexico is Right for Right to Work

[media-credit id=7 align="alignright" width="300"][/media-credit]Eric Fruits, the president and chief economist at Economics International Corp., an economics consulting firm, makes the case on why passing a Right to Work statute in New Mexico would help create jobs and prosperity: Right-to-work legislation is one of the very few pro-growth policies that is virtually costless to enact. And a large body of research has found that it benefits states economically. New Mexico, along with much of the country, still struggles to recover from a recession that began more than four years ago. While the state has benefited from the recent energy boom, states like New Mexico have struggled to cope with the employment consequences of the recession. In response, policymakers have tended to focus on fiscal policies such as tax cuts and “stimulus spending” rather than market structural solutions. Right-to-work laws can be a key component of a pro-investment and pro-employment package for New Mexico that encourages firms to locate and expand in the state. A large body of research has found that, as a group, right-to-work states have enjoyed more rapid employment growth, better job preservation and faster recoveries from recession that states without right-to-work laws in place. New Mexico has recognized this when the Legislature passed right-to-work legislation twice – in 1979 and 1981 – only to see the legislation vetoed by then-Gov. Bruce King. Proponents of right-to-work legislation argue that individuals should have the choice of whether or not to join a union and that the choice of whether to join a union should not be a condition of employment. They point to the relatively rapid growth in employment and incomes in right-to-work states relative to non-right-to-work states. 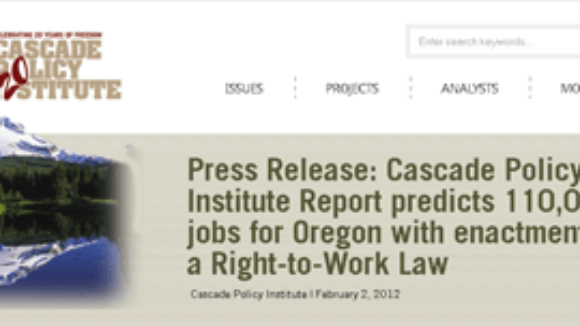 According to a new study by Cascade Policy Institute, if Oregon were to allow workers the freedom to choose to be a member of a union and allow businesses to hire non-union workers, it would lead to 110,000 new jobs.  The high cost…