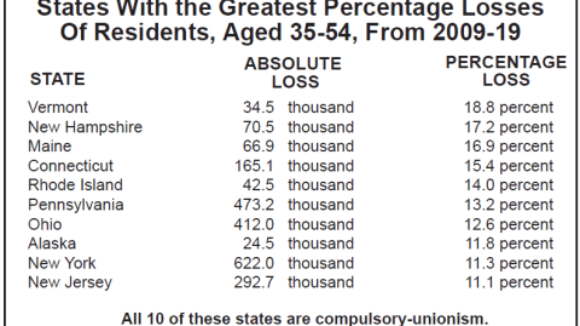 In non-right-to-work states the total population of people in their peak-earning-years fell over the past decade from 44.20 million to 40.93 million. 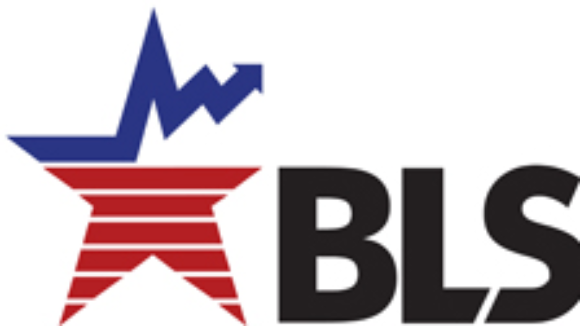 Last week, the U.S. Labor Department issued updated and revised annual data for payroll manufacturing employment in each of the 50 states. The newly-published figures for 2018 show that 6.76 million manufacturing jobs — or 53% of all factory… 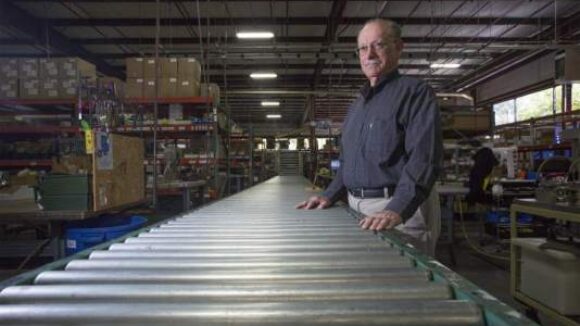 Move to Right To Work State Improves Quality Of Life 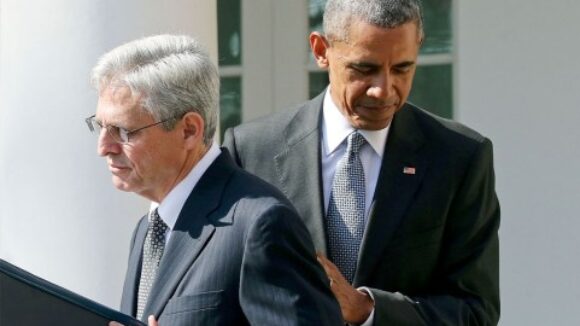 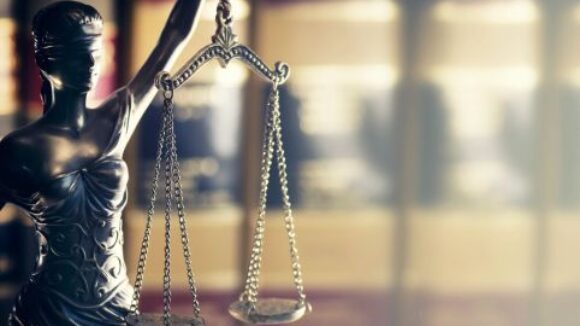 Union Lawyer: Right to Work-Destruction Case Will Go to the U.S. Supreme Court

On October 24, U.S. District Judge Edward Lodge (pictured) rejected the outrageous legal arguments made by union lawyers in a suit intended to overturn Idaho’s Right to Work law and, ultimately, all 25 other such laws. But Big Labor intends… 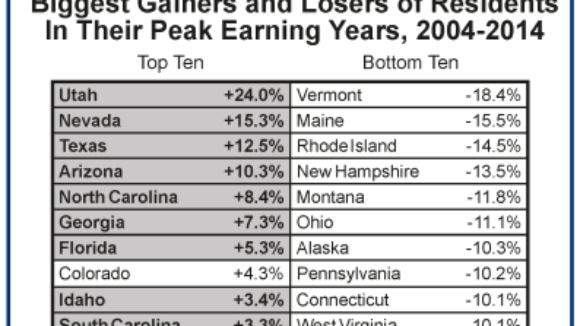 Americans in Their Working Years Are ‘Voting With Their Feet’ (source: National Right to Work September 2015 Newsletter) Because, as a group, they already have plenty… 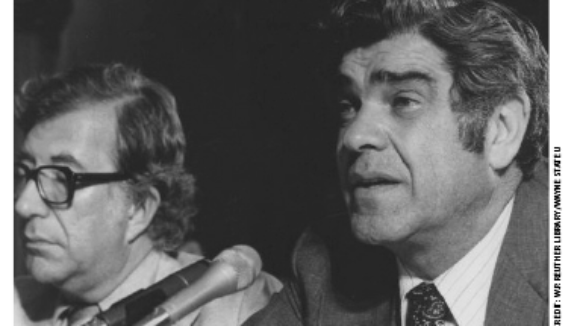 Sixteen state attorney generals try to stand-up to the Obama NLRB attempt to trample states' rights hours after the NLRB rejected efforts by Boeing employees to be heard.  From Associated Press reporter Meg Kinnard: COLUMBIA -- Attorneys general from South Carolina and 15 other states Thursday weighed in on a lawsuit filed by the National Labor Relations Board, alleging that its complaint against Boeing for building an assembly plant in North Charleston after a strike by Washington state workers hurts states' abilities to keep manufacturing jobs. Alan Wilson and Greg Abbott, the attorneys general in South Carolina and Texas, respectively, asserted in a brief that "the NLRB's proposed action will harm the interests of the very unionized workers whom the general counsel's Complaint seeks to protect." "State policymakers should be free to choose to enact right-to-work laws -- or to choose not to enact them -- without worrying about retaliation from the NLRB," the two officials wrote. "It is logical that some employers will simply avoid creating new jobs or facilities in non-right-to-work States in the first place." The brief also was signed by attorneys general in Alabama, Arizona, Colorado, Florida, Georgia, Idaho, Kansas, Michigan, Nebraska, Oklahoma, South Dakota, Utah, Virginia and Wyoming. It points out that the attorneys general represent right-to-work and unionized states, although only two of the signers -- Colorado and Michigan -- fall into the latter category. South Carolina is a right-to-work state where individual employees can join unions voluntarily, but unions cannot force membership across entire worksites.