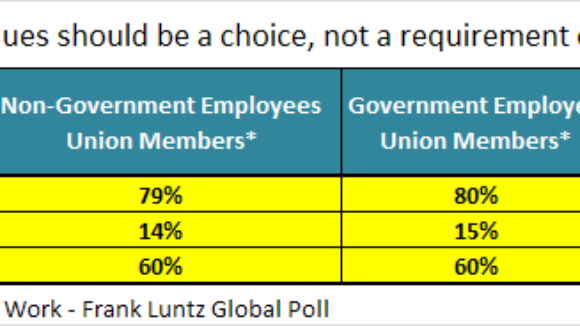 Time for population in New Hampshire to retain its youth with jobs, rather than watching graduates leave the state. But, employees' rights to freedom of association should be sufficient.  NH Rep. Patrick Abrami explains why he supports Right To Work and believes it is best for the Granite State: On Wednesday, Oct. 12, there most likely will be the override vote of Gov. John Lynch's veto of the Right-to-Work bill. My vote for the override will be driven by my belief that every person should be allowed to establish a relationship with their employer. This in no way should impede an individual's right to join and support a union. The reality is that in the 21st century, most employers are enlightened and realize they are competing for talent in the marketplace. Therefore, most employers treat their employees well, just as I and my fellow partners do with our 30 employees at my company. This is one of the reasons why only 10 percent of workers are unionized today. Unions are a good check against the handful of not-so-enlightened employers. Thus, unions are a check on employers. To me, Right to Work is a check on unions. If a union is enlightened, it will do great service for its members without jeopardizing the solvency of the companies from which their members draw a salary. If they don't, then the members should have the right not to abide by a union's dictates and be given the ability to form a relationship directly with their employers. If that argument is not sufficient, consider the following and draw your own conclusions: Congressional seats gained Right-to-Work states total: 11 Non-Right-to-Work states total: 1