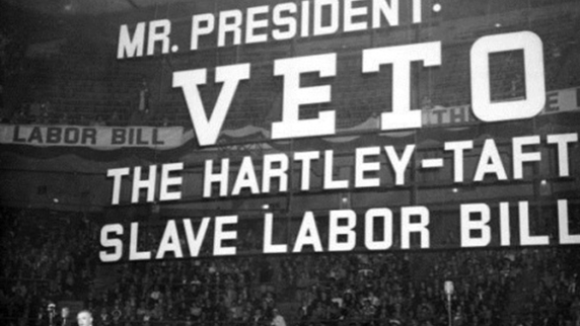 This Day in History Truman Bows to Big Labor Bosses

Truman Vetoes Taft-Hartley and its Right to Work Protections National Labor Relations Act (NLRA):  In 1935, the Federal government forced all states to allow unions to…