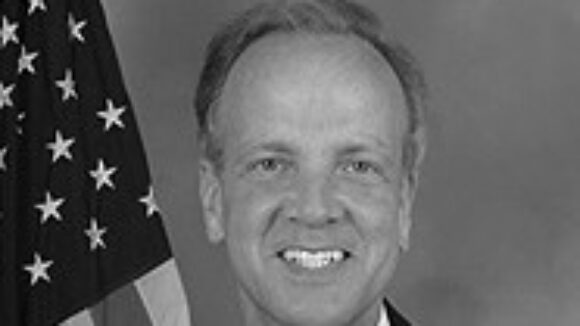 Public-Safety Union Power Grab at Issue in Senate Primary After the Kansas GOP Senate primary was over, the Washington Examiner's "Beltway Confidential" blog suggested that Todd Tiahrt's pro-union monopoly stance had "hurt him significantly" in his race against Right to Work supporter Jerry Moran (pictured). Credit: statecard.com (Source: September 2010 NRTWC Newsletter) In covering the hard-fought and expensive campaign for the GOP nomination to succeed U.S. Sen. Sam Brownback (R-Kan.), which concluded early last month, national media pundits missed a major policy difference between the two top-tier candidates. Primary contenders Todd Tiahrt and Jerry Moran, who currently hold two of the Sunflower State's four seats in the U.S. House, had both opposed the 2009 "stimulus" package and ObamaCare. And they had virtually identical voting records on the politically charged issues of gun control and abortion. But there is one policy difference between Mr. Tiahrt and Mr. Moran that proved to be very important to rank-and-file Kansas voters this summer. In spite of the failure of newspaper, TV and radio political reporters to cover this issue during the campaign, it was clearly decisive for the race's outcome.