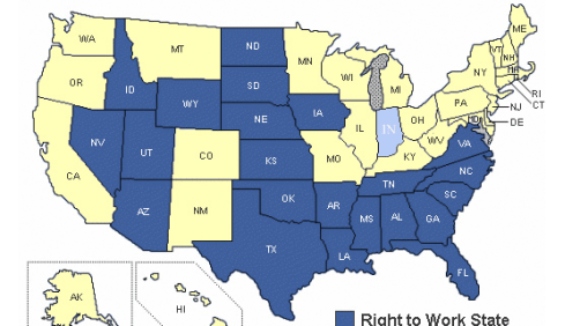 Attention MI Gov. Snyder: Right To Work Debate Worth Having

As Indiana soon becomes a haven for business in the "Rust Belt," an influential columnist in Michigan is imploring Gov. Rick Snyder to display leadership on Right To Work. Tom Walsh writes: By discouraging a right-to-work debate in Michigan, is Gov. Rick Snyder guilty of "kicking the can down the road" — and thereby perpetuating the stigma that Michigan has an unfriendly business climate dominated by militant labor unions? It's an interesting question, especially since the kick-the-can analogy has been used so often — by Snyder himself, among others — to assess blame for allowing Michigan's other economic woes to reach crisis proportions. Snyder has said that the state of Michigan, too, suffered from a kick-the-can refusal to face up to fiscal problems until he took office last year.So why do I raise the kick-the-can issue now in connection with right-to-work? Several reasons: