The powerful postal union appears ready to take it on the chin as a “financial crisis” is forcing the Postal Service to propose 20% layoffs which are now prohibited by union contracts.

The Washington Post reports “This major restructuring of the Postal Service’s relationship with its workforce would need congressional approval and would face fierce opposition from postal unions. But if approved, eliminating contract provisions that prevent layoffs and quitting the federal employee health and retirement programs could have ramifications for workers across the government and throughout the national’s labor movement.”

Members of Congress appear to be at a crossroads.  They can vote for a bailout to keep the failing system alive or vote to cut jobs and end big labor giveaways that have been enshrined in the Postal Service for decades.

National Rural Letter Carriers’ Association President Don Cantriel: “We are absolutely opposed” to the layoff proposal. “We are opposed to pulling out of the Federal Employees Health Benefits Program. Our advisers are not advising us at all to even consider it.”

National Association of Letter Carriers President Fredric V. Rolando: “The issues of lay-off protection and health benefits are specifically covered by our contract. . . . The Congress of the United States does not engage in contract negotiations with unions and we do not believe they are about to do so.”

The question is what will the president do?  Will he push a bailout to help the union bosses again or will he stand up for reform. No one in Washington is holding their breath. 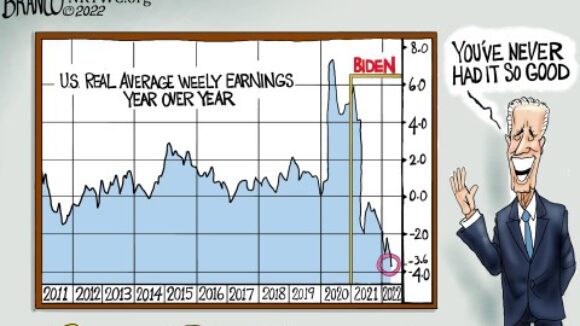