To mark Labor Day 2010, President Obama will join hands with AFL-CIO president Richard Trumka in Milwaukee, and they will pose as champions of the working class. Bad move. Trumka’s organizing record is a shameful reminder of the union movement’s violent and corrupt foundations.

The new Obama/AFL-CIO power alliance — underwritten with $40 million in hard-earned worker dues — is a midterm shotgun marriage of Beltway brass knuckles and Big Labor brawn. Trumka warmed up his rhetorical muscles this past week with full-frontal attacks on former GOP vice presidential candidate Sarah Palin. He indignantly accused her of “getting close to calling for violence” and suggested that her criticism of tea-party-bashing labor bosses amounted to “terrorizing” workers.

Trumka and Obama will cast Big Labor as an unassailable force for good in American history. But when it comes to terrorizing workers, Trumka knows whereof he speaks.

Meet Eddie York. He was a workingman whose story will never scroll across Obama’s teleprompter. A nonunion contractor who operated heavy equipment, York was shot to death during a strike called by the United Mine Workers 17 years ago. Workmates who tried to come to his rescue were beaten in an ensuing melee. The head of the UMW spearheading the wave of strikes at that time? Richard Trumka. Responding to concerns about violence, he shrugged to the Virginian-Pilot in September 1993: “I’m saying if you strike a match and you put your finger in it, you’re likely to get burned.” Incendiary rhetoric, anyone?

A federal jury convicted one of Trumka’s UMW captains on conspiracy and weapons charges in York’s death. According to the Washington, D.C.–based National Legal and Policy Center, which tracks Big Labor abuse, Trumka’s legal team quickly settled a $27 million wrongful death suit filed by York’s widow just days after a judge admitted evidence in the criminal trial. An investigative report by Reader Digest disclosed that Trumka “did not publicly discipline or reprimand a single striker present when York was killed. In fact, all eight were helped out financially by the local.”

In Illinois, Trumka told UMW members to “kick the s**t out of every last” worker who crossed his picket lines, according to the Nashville(Ill.) News. And as the National Right to Work Foundation, the leading anti-forced-unionism organization in the country, pointed out, other UMW coalfield strikes resulted in what one judge determined were “violent activities . . . organized, orchestrated and encouraged by the leadership of this union.”

Trumka washed off the figurative bloodstains and moved up the ranks. As AFL-CIO secretary, he notoriously refused to testify in a sordid 1999 embezzlement trial involving his labor-boss brethren at the Teamsters Union. No surprise. Thugs of a feather: Trumka’s violence-promoting record echoes the riotous Teamsters strikes dating back to the 1950s, when the union organized taxicab companies to target workers with gas bombs, bottles, and fists.

And now, Trumka is spearheading a Democratic get-out-the-vote campaign by far-left groups — publicized in the revolutionary-Marxist People’s World — to “energize an army of tens of thousands who will return to their neighborhoods, churches, schools and voting booths to prevent a Republican takeover of Congress in November and begin building a new permanent coalition to fight for a progressive agenda.”

Take those as literal fighting words. The bloody consequences of compulsory unionism cannot be ignored. 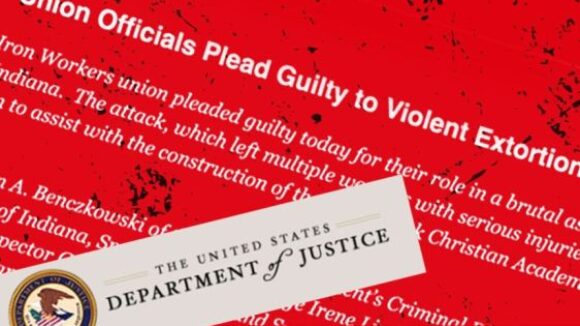 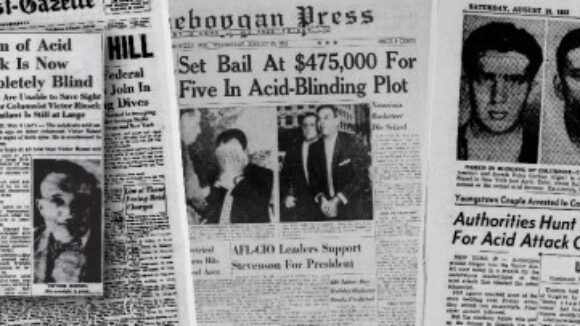