Both Sides Punt on First Down

In Michigan, neither candidate for governor appears to be serious ab0ut supporting efforts to turn Michigan’s economy around.

As expected, Big Labor-funded and supported Democrat Virg Bernero opposes giving workers the right to choose whether to join a union saying, “There is no credible evidence to suggest that it will improve Michigan’s economy.”  Tennesse, South Carolina and other Right to Work states with a growing automotive and manufacturing industry must be excited at the continued denial of reality that comes from the leadership of Michigan.

But the refusal to deal with the heart of what ails Michigan is not limited to one party.  Republican Rick Snyder, an Ann Arbor businessman, says Right to Work is “. . . not on my agenda.  It is a divisive, polarizing issue that will drive people apart when we need everyone at the table working to reinvent Michigan.” Mr. Snyder plans to consult labor and business to “ . . work on what will make us more competitive as a state.”

Mr. Snyder, what drives people apart is when factories close and families are forced to re-locate to other states for work. not a debate on giving workers the right to choose.   It is Big Labor’s stranglehold on the state that is making this happen.

We don’t know how much worse things can get in Michigan before the establishment is willing to take on the Big Labor machine. 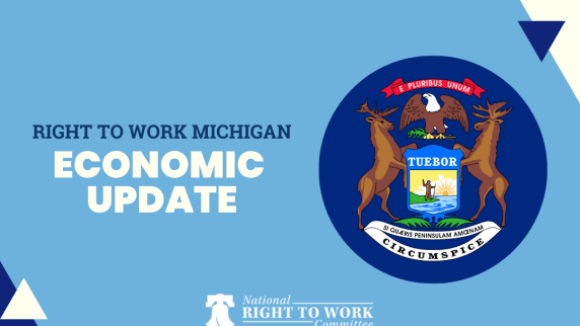