Right To Work Oklahoma City, OK will be home to a new Boeing facility according to the Tacoma News Tribune: The company will use the 320,000-square-foot structure near Tinker Air Force Base as…

For decades, the government union bosses in the Golden State have run amok with taxpayer dollars and now the bill is coming due. From the Los Angeles Times: Scores of California government agencies continued to sweeten employee pension plans… 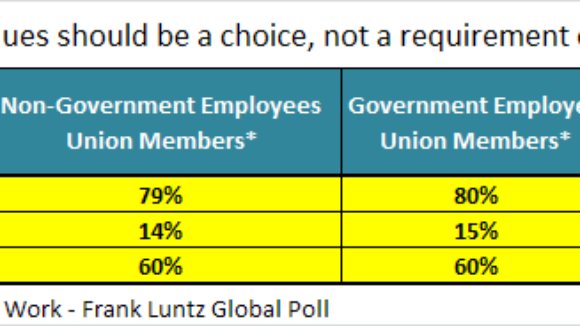 California is in deep trouble. The state has become an economic basket case and the power of the government worker’s unions have played a key role in its demise. Just this…

In California, voters will consider Proposition 19, a measure to legalize marijuana.  Supporters got a big boost this week as the SEIU, the state’s largest union, endorsed the measure.  Supporters of Proposition 19 hope the endosrement will bring with it…

The greed and avarice of the labor union bosses has gotten so bad that their allies in government are starting to say "no" the the never ending list of demands that are bankrupting the country.  The New York Times (of all places) reports: Stephen M. Sweeney, the president of the State Senate here, glowered with disgust as he described how one New Jersey town paid out nearly $1 million to four retiring police officers for their unused sick days and vacation time. Mr. Sweeney, a Democrat, also scowled about the estimated $46 billion New Jersey owes in pension contributions and its $58 billion in liabilities to finance retiree health coverage for government employees. For years, Republican lawmakers have railed against public employees’ pay and benefits, but now another breed of elected official is demanding labor concessions, too: current and former labor leaders and allies themselves. After 12 years erecting steel beams for office buildings, Mr. Sweeney became a top official in New Jersey’s ironworkers union, now holding that post along with his legislative one. He says the state can no longer afford the benefits won over the years by public sector unions. “At some point, you reach the limit of your ability to pay,” he said.

The City Journal looks at the incestuous relationship between Big Labor and big government in California.  The results are not pretty. 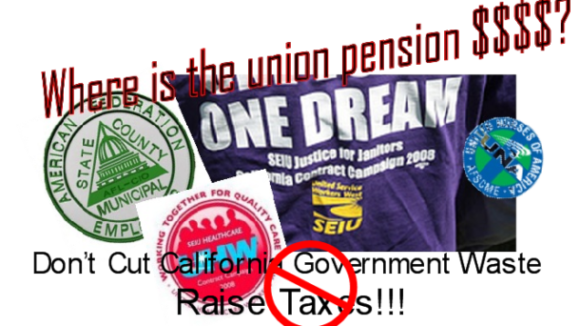 A new study by a group of Stanford University graduate students, the shortfall facing California’s public pension systems could reach more than half a trillion dollars over the next decade and a half.  Government employee unions…

The potential bankruptcy of California’s government hasn’t stopped the politicians from demanding taxpayers pay more for public works projects by ensuring only Big Labor-backed construction firms get the work.  By demanding Project Labor Agreements (PLAs) politicians drive up the cost…