In New York, where big labor has its grips on power, union influence has prevented the Ultimate Fighting Championship from coming to the Empire State — which would bring jobs and needed revenue.  The Wall Street Journal notes: The… 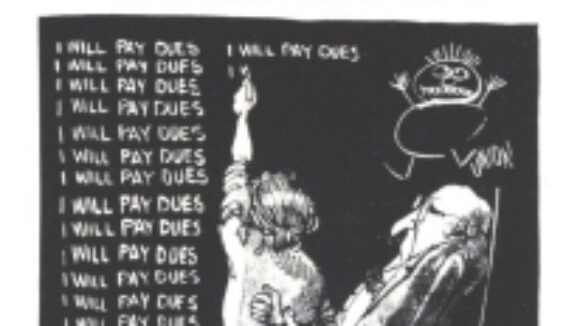 If unions do so much for members, why bully?

Writing for the Orange County Register, Larry Sand, a retired teacher who taught in Los Angeles and NYC public schools for 28…

Union rules make it almost impossible to fire a teacher in New York City, including this $82,000 a year teacher who stalked, threatened and assaulted another teacher who refused to date him.

Kyle Olsen looks at how taxpayers in the Big Apple are taken for a ride by the union bosses: New York City Schools Spend $6,900 Per Student - on Bus Transportation! Government schools are an expensive endeavor, especially when union labor and no-bid contracts are involved. The New York City Department of Education has been catching heat from transportation unions lately over a decision to solicit bids for private transportation services in an effort to curtail runaway costs. The district has not sought “significant” bids for student transportation services in 33 years. That means it’s probably been using the same companies for years, without competitive bids to naturally control rising costs. And those costs are increased every year because the companies use high-paid union drivers. In response to the union criticism, the DOE recently issued a “School Bus Bids FAQ” which makes a staggering admission: the city spends $6,900 per student (for a total of $1.1 billion) per year for bus transportation. In a 180 day school year, that’s $38.33 per student a day. At that rate it might be more cost-effective for the school system to distribute vouchers for kids to take taxis. City officials say New York spends more than twice what Los Angeles (the nation’s second-largest city) spends on K-12 student transportation. 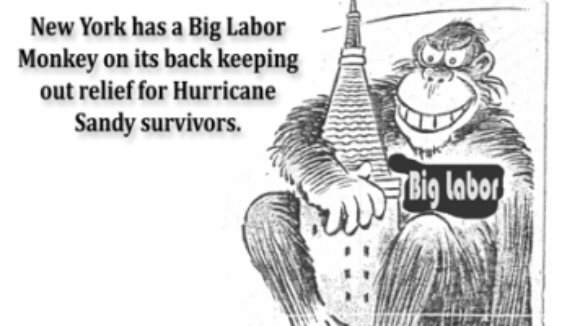 Despite denials from Big Labor apologists, it has become clear that the clean up efforts from Hurricane Sandy have been hampered by compulsory unionism rules in the Big Labor Apple. Fox Business reports that out-of-state workers were asked to join…

Project Veritas has released a new video exposing evidence of a quid pro quo relationship between liberal Senator Robert Menendez and the Service Employees International Union (SEIU). “The purpose of this investigation is to demonstrate the clear conflict of interest that exists when an… 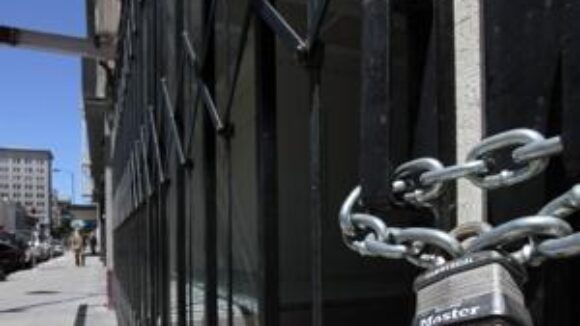