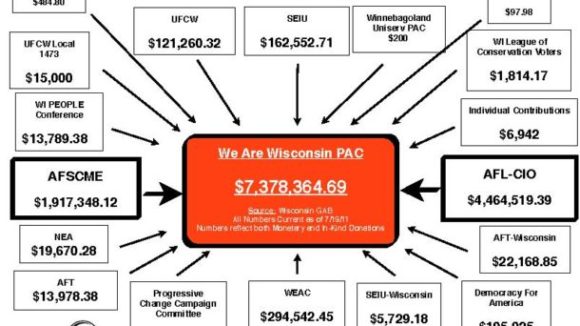 Big Labor spending in Wisconsin’s recall elections has topped $7 million and it is growing. The “We Are Wisconsin” PAC that is coordinating the campaign against legislators who voted against the union bosses has received $7,000 in individual…

Is the SEIU Above the Law?

The discovery of an SEIU intimidation guidebook has led the Washington Examiner to make the compelling case that the SEIU should not be above the law: Imagine the outcry if managers of a company trying to fight off a union…

John Ranson, writing for TownHall.com, points out how the SEIU and their cronies have a heavy hand in the role that the NLRB's effort to punish companies for moving to Right to Work states: In just another example of the Obama administration making law by fiat, the National Labor Relations Board head Craig Becker is proposing new rules that would shotgun the formation of new union shops in as quick as ten days. After the defeat of card check at the legislative ballot box, the former SEIU goon [Becker] is acting creatively in order to implement portions of card check unilaterally. What would one expect from a guy appointed to his position despite his nomination being rejected by the Senate? Obama then made a recess appointment of Becker to the NLRB, the presidential equivalent of Enron accounting for political appointees. NLRB and Becker have been in the news lately because they’ve attacked Boeing for opening a plant in [Right to Work] South Carolina, a state that is less accommodating to union employment but more accommodating to workers and management with project deadlines to keep. But the attack on Boeing is nothing compared to the attack that Becker and organized labor are going to launch against the rest of us starting today. 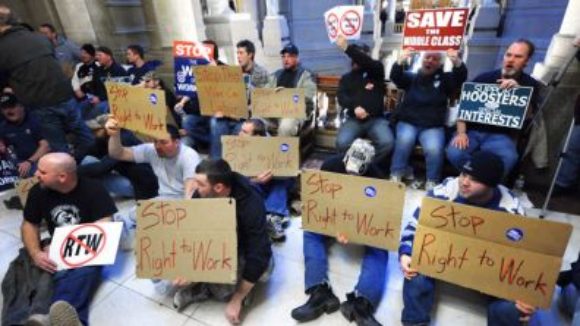 While most employees that have the right to choose or not to choose to join a union (Right to Work) should be the standard, Steelworkers Local President Steve Shively wants to keep forcing employees to pay tribute to union…

From the Education & Workforce Committee's press release on its hearing regarding the NLRB's proposed Ambush Elections : Restricting an employer's right to communicate with his or her employees will undermine a worker's ability to make a fully informed decision in a union election. Larry Getts, an employee at a small auto parts packing and shipping company in Indiana, explained the consequences facing employees if the NLRB's propsal goes into effect. "In reality," said Getts, "under these rules, the additional burden on already busy workers will prohibit them from making an informed decision -- especially where there is an absence of information from employers, as was the case in my experience. These rule changes are aimed at furthering the interests of Big Labor at the expense of workers’ ability to make a fully informed decision on an important matter. They are intended only to make it easier for union officials to harass and force workers like myself into joining their union, into paying dues and increasing the union bosses’ power."  Schedule of speakers for July 19 public meeting on NLRB proposed election rule changes (NLRB link to watch open meeting):