The evidence confirming these two points comes from the U.S. Commerce Department’s Bureau of Economic Analysis (BEA) and Bureau of the Census (BOC), as well as the nonpartisan Missouri Economic Research and Information Center (MERIC).

Last month, the National Right to Work Committee’s research affiliate, the National Institute for Labor Relations Research, conducted an analysis of the BEA-reported 2009 disposable (after-tax) income data for each of the 50 states.

The Institute adjusted the data to account for interstate differences in living costs with the help of a quarterly index created and reported by MERIC.

The analysis found that, in 2009, the cost of living-adjusted disposable income per capita for the 22 Right to Work states was $35,543.

But in the 28 states that don’t have Right to Work laws protecting employees from being fired for refusal to pay dues or fees to an unwanted union, cost of living-adjusted disposable income per capita was just $33,389 — or roughly $2150 less.

And new BOC data show that, while the total number of people in forced-unionism states covered by job-based private health insurance declined by 7.74 million from 1999 to 2009, in Right to Work states over the same period the ranks of the privately insured actually increased by roughly 570,000.

Big Labor’s allies sometimes concede that states with Right to Work laws enjoy accelerated job creation. Whenever they do, they insist the jobs created are “the wrong kind.”

But the fact is, it is the non-Right to Work states as a group where the number of jobs productive enough to come with important benefits like health insurance has plummeted over the past decade.

Runaway costs associated with Medicare and Medicaid, the two largest taxpayer-funded health insurance programs, are helping to bust the federal budget and put many state governments deeply in the red.

And the accelerated creation of good jobs that are sufficiently productive to absorb the high cost of family health-care benefits is a key component for resolving the Medicare and Medicaid crises.

Over the past decade, even as the cost to employers of offering health insurance soared, job-based private insurance coverage expanded somewhat in Right to Work states, while declining by nearly 7% in forced-unionism states.

Had the number of people covered by job-based insurance in forced-unionism states instead increased by 0.9%, as it did in Right to Work states, an additional 8.74 million Americans would be privately insured today.

“The evidence indicates fewer well-compensated jobs are created and more disappear as a consequence.”

Mr. Leen added that, in the private sector, Congress is clearly responsible for the forced-dues problem: “Among the nearly seven million non-farm, private-sector workers who are forced to pay union dues to keep their jobs, not one is forced to do so by state law. Congress created this mess; Congress should clean it up.

“That’s why, regardless of what happens in the upcoming elections, the Committee will press hard for recorded votes on the National Right to Work Act, legislation that would repeal all federally imposed forced union dues.

“Restoring the Right to Work for private-sector employees in all 50 states would ensure a genuine, sustainable recovery from the recent harsh recession.

“Of course, building enough support in Congress to pass such a law, and prevailing upon whomever is President to sign it, will require a major investment of time and effort. But the payoff in expanded freedom and opportunities will definitely be worth it.” 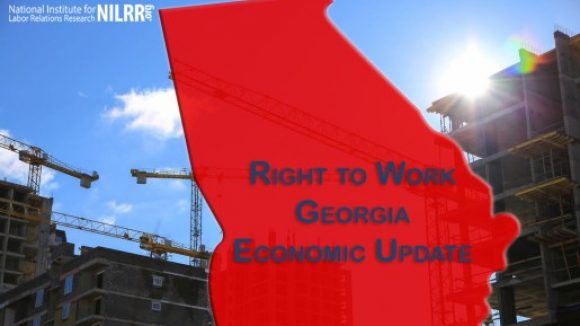 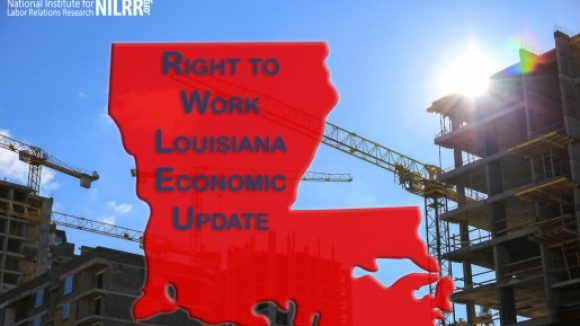