Largely because of Big Labor-backed work rules that encourage healthy employees to retire in their early 50’s and cash in unused sick leave, vacation time, and even fringe benefits to jack up their pensions, Phoenix taxpayer costs for public-safety retirements have soared from $7.2 million in 2003 to an estimated $129 million next year.  That’s an 1800% increase in 11 years!

But today reform of the outrageous work rules government union bosses and acquiescent politicians have foisted on Phoenix citizens is at last on the table in Arizona’s capital.  And Councilman Sal DiCiccio deserves much of the credit.

As Rachel Alexander observes in her latest syndicated column (see the link below), for several years now DiCiccio has “tried to rein in the out-of-control and unsustainable increasing costs” of a unionized government workforce, particularly pensions.  Just this spring, he persuaded his fellow city council members to phase out a “temporary” food tax that has been used entirely for government pay raises and bonuses, and that union bosses wanted to extend.

Now the union hierarchy is wielding the massive political war chest it has amassed thanks to its monopoly-bargaining privileges to try to unseat DiCiccio and install in his place union-label Democrat politician Karlene Keogh Parks.

Alexander explains that some of the union bosses’ anti-DiCiccio efforts appear to be illegal:

There are reports that City of Phoenix employees are engaging in illegal political campaign activity against DiCiccio, no doubt directed by the unions. Residents say that firemen, including a fire captain, knocked on their doors to campaign for his opponent. Phoenix city employees are prohibited by the city charter from engaging in campaign activity other than voting and privately expressing their political opinion.

Crooked Unions Try to Take Out Bravest City Councilman in the U.S. … 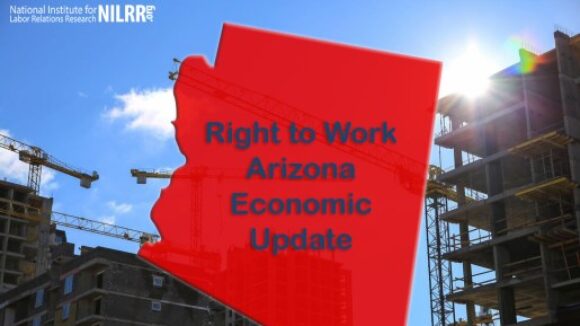 What Do LG Energy and Bespoke Have in Common?