It’s been more than 21 months since two top officers of AFL-CIO-affiliated Iron Workers Local 395 allegedly led a brutal assault on tradesmen employed at a church-owned construction site in northwestern Indiana.

During this assault, union goons are accused of having thrown to the ground Scott Kudingo, an employee of the Cary, Ill.-based firm D5 Iron Works Inc, and then “clubbing, kicking and punching” him “in the face, arms, back and body.” As a consequence of the vicious attack, Kudingo’s “jaw was shattered and broken in two other places.”

And at least some of the union toughs who kicked him in the face and back are believed to have been wearing “steel toe boots.”

As journalist Connor Wolf explained in a report for Inside Sources this February, based in part on witness statements taken by the police right after the incident, there is ample evidence that top officers of Local 395, based in Portage, Ind., participated in the church attack. Witness after witness ID’d Local 395 President Jeffery Veach and then-Business Agent Thomas Williamson Sr., joined by roughly 10 henchmen, as having attacked D5 Iron Works tradesmen at a construction site in Dyer, Ind. (See the link below to read Wolf’s entire article.)

Moreover ,photographs taken by the victims with their cell phones show at least two vehicles registered with Local 395 were parked at the scene during the attack.

Veach and Williamson claim through their attorneys that they are innocent. But rather than testify about what they were supposedly doing on the afternoon of January 7, 2016 other than leading an attack on union-free construction employees, they have invoked their Fifth Amendment right not to incriminate themselves.

The Dyer Police Department investigated the assault complaints against Local 395 bosses and other union militants, but it has never taken any action against the alleged assailants. Instead, Dyer law enforcement turned the case over to the U.S. Labor and Justice Departments. However, no federal charges have been filed against Local 395 bosses or their henchmen, either.

Currently, the only charges faced by Local 395 kingpins and their alleged coconspirators in connection with the church assault stem from a federal civil lawsuit filed by D5 Iron Works, its owner, Mr. Kudingo, and other tradesmen.

According to the amended complaint filed by the plaintiffs in D5 Iron Works v. Iron Workers Local 395 early this year, on January 6, 2016, one day before the alleged assault occurred, Williamson intruded on the site where the Plum Creek Christian Academy (PCCA) was being expanded.

Williamson ignored an admonition from D5 President Richard Lindner, who was then operating a crane on the site, to leave because he was interfering with business operations and trespassing. Undeterred, the union business agent proceeded to pressure Lindner to convert his union-free project into a union-only one. When Lindner refused, Williamson walked over to the school offices of the nearby Dyer Baptist Church, which runs the academy.

There, Williamson pressured Pastor Lee Atkinson to terminate D5’s contract unless it kowtowed to Local 395 bigwigs.

Apparently, Williamson didn’t like what he heard from the Baptist clergyman. At roughly 3 PM the following day, according to the civil complaint, a Local 395 assault team stormed the PCCA construction sites. As the assailants proceeded to shatter Kudingo’s jaw, they allegedly screamed at him: “This is union work! This is 395’s territory! Don’t come back!”

Lindner was able to escape by scaling a construction fence. He promptly contacted authorities.

Unfortunately, Kudingo wasn’t the only D5 employee who was battered. Iron worker Joe Weil, for example, was reportedly beaten with wooden boards and “suffered injuries to his person, including but not limited to having a boot-shaped welt mark on his back.” (Weil has since passed away.)

Because of the criminal assault that occurred on January 7, 2016, D5 Iron Works had to cease all work on the PCCA site. Kudingo was hospitalized and had to have his jaw wired shut for roughly three months. As part of his ongoing treatment, he is now expected to have to have his jaw broken again.

Today, Lindner, Kudingo, and their colleagues continue to live in fear of future Big Labor violence directed at themselves or at their families.

Because D5 Iron Works is based in Illinois, and the PCCA building site is in Indiana, Local 395 officers and their militant followers could potentially be prosecuted under the federal Hobbs Act, which prohibits the use of extortionate violence and threats in interstate commerce. Unfortunately, nearly 45 years ago the U.S. Supreme Court’s controversial, 5-4 Enmons decision exempted threats, vandalism and violence perpetrated to secure “legitimate” union goals from Hobbs Act prosecutions.

As a consequence of Enmons, contended union lawyer Kenneth Barron this summer in the course of his successful defense of a Boston Teamsters tough accused of extortion, “The union doesn’t have to take no for an answer.”

The regime of violence, whatever its precise objective, is a common device of extortion and is condemned by the [Hobbs] Act.

Unfortunately, Justice Douglas’ sound understanding of Hobbs did not carry the day back in February 1973, when Enmons was decided. The Enmons loophole often makes it extraordinarily difficult to prosecute union thugs. And it may well be due to awareness of the pitfalls for prosecutors of Big Labor thuggery created by Enmons that no federal charges have been brought against Local 395 union chiefs, despite the compelling evidence against them.

The most the pending civil suit can do for the victims is furnish them with financial reimbursement for their medical expenses and business losses, and perhaps their pain and suffering, plus an injunction to deter future Big Labor attacks. Recently, the judge in the case ordered Local 395 militants to explain why attorney fees should not be awarded to the plaintiffs. As welcome as all these remedies are, they are not justice.

To prevent lawless union bosses from getting away with violence and extortion in the future, the National Right to Work Committee and its members are now pushing for Congress to overturn the Enmons decision. This month, the Committee is working with Capitol Hill allies to secure introduction of legislation known as the Freedom from Union Violence Act.

This measure, which is a major Committee objective in the 2017-18 Congress, would overturn Enmons and hold union bosses who orchestrate threats and violence, whatever their exact purpose, accountable under the Hobbs Act. Because Enmons was a matter of statutory, not constitutional, interpretation, Congress retains the power to reverse it legislatively. Committee officers and members are now prepared to help pro-Right to Work lawmakers do that. 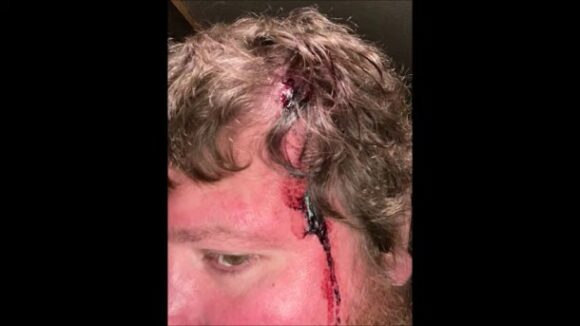 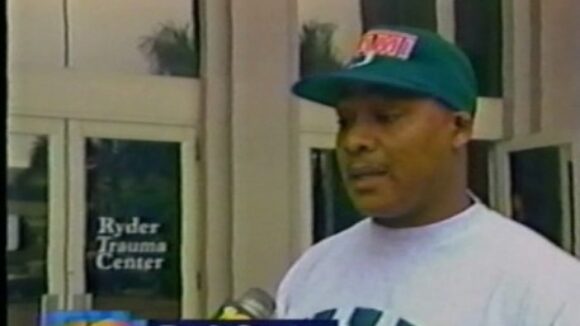 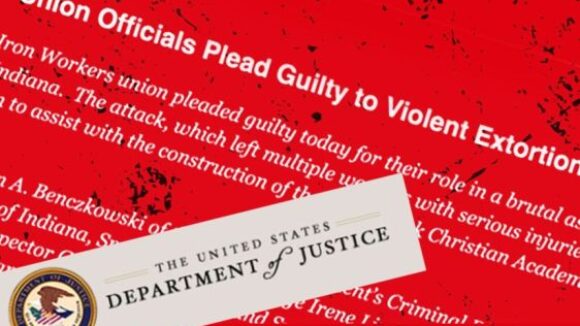