Typically before a reelection, Presidents try to avoid creating constitutional battles. Not President Obama, he bypassed the Senate and appointed three NLRB board members.  Effectively, Obama handed the NLRB over to Big Labor Bosses, his biggest political spenders and political ground force, or “his army” as Teamster Boss Hoffa describes it. Election 2012 has already become ugly.

This power grab by a desperate president gives Big Labor control over the NLRB, which was supposedly established to referee labor relations disputes.  Obama’s actions will make Big Labor the Harlem Trotters of labor disputes. Also, it will create a legal battle with Republicans in congress.  A battle the former constitutional law professor seems to seek.

The recess appointments President Obama announced Wednesday are “almost certain” to be challenged in court … The recess appointments broke with legal precedent, as they while the Senate is holding regular pro forma sessions. Republicans insist the Senate has not been in recess thanks to the seconds-long sessions held every few days, but White House attorneys determined the procedural move is a gimmick that can be ignored by the president.

House Speaker John Boehner (R-Ohio) blasted the move as an “unprecedented power grab” and said he expects “the courts will find the appointment to be illegitimate.”

From the Washington Times:

Pushing the limits of his recess appointment powers, President Obama on Wednesday bypassed the Senate to install three members of the National Labor Relations Board and a director for the controversial new Consumer Financial Protection Bureau – moves Republicans said amounted to unconstitutional power grabs

Big Labor applauds, from In These Times:

Obama Makes Recess Appointments to NLRB. Is It Enough for AFL-CIO Endorsement?

Today, President Obama made three recess appointments to the National Labor Relations Board (NLRB)—Democrats Sharon Block and Richard Griffin, as well as Republican Terry Flynn. Without the appointments, the federal agency, which mediate labor disputes and oversees union elections, wouldn’t have had a quorum to issue valid rulings. (He also made a much more high-profile appointment of Richard Corday to head the Consumer Financial Protection Bureau (CFPB) in order to make that regulator functional as well.)

With the recess appointments, the board will be able to make key decisions that affect American workers.

The speed in making the appointments may be a move by the White House to gain the support of the AFL-CIO, which has yet to endorse Obama, unlike other major unions like AFSCME, NEA, UFCW and SEIU. It’s unclear as well if the AFL-CIO’s delay in endorsing Obama, or AFL-CIO President Richard Trumka’s recent call for greater political independence for organized labor played any role in pressuring the White House to quickly make the recess appointments to both the CFPB and NLRB.

The move may give the AFL-CIO necessary cover to endorse President Obama, and offer active support on the ground during the election season.

But the labor federation, and other unions that have yet to endorse Obama, may be looking to see if the president can pass several other tests this year …State legislators in Indiana are planning to bring right-to-work legislation to a vote in the Indiana legislature possibly as early as this week. It’s unclear if President Obama is going to make any public statement about the legislation, which organized labor strongly opposes, in this key battleground state

Late last month, when House Republicans floated the idea of a federal pay freeze as part of a temporary deal to extend the payroll tax cuts, Democratic Senators strongly objected. However, the White House did not object publicly to the freeze being in the deal.

“Federal employees are working with severely limited resources,” National Treasury Employees Union President Colleen Kelley wrote in a letter to Congress today. “To ask them to bear such a disproportionate additional burden is unfair and unacceptable.”

The NLRB will hear a case from Michigan Rieth-Riley Construction Company employees, thanks to free legal aid from the National Right to Work Foundation.

After the unprecedented firing of GC Peter Robb, the NLRB is filing an FOIA request in order to get to the bottom of this issue. 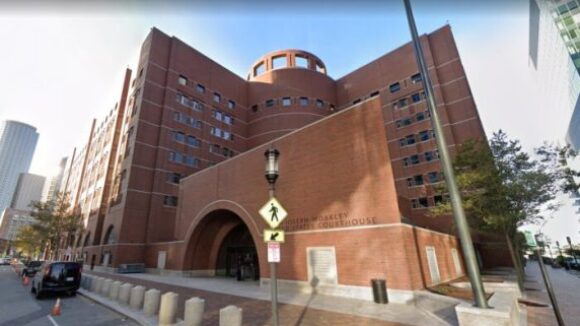