With the media focusing now on the coronavirus pandemic and the brutal blow it has dealt to the U.S. economy, it is easy to forget about our country’s recent economic successes.

One of these is the manufacturing comeback that gained a great deal of steam after Donald Trump moved into the White House in January 2017. U.S. manufacturing payrolls averaged 12.84 million in 2019, compared to 11.85 million in 2009, according to the U.S. Labor Department’s Bureau of Labor Statistics (BLS).

The surprising resilience of manufacturing employment is still good news for workers in the long run.

On average, according to the U.S. Commerce Department, annual compensation (including the cash value of health insurance, pension fund contributions, and other noncash benefits as well as wages and salaries) per American manufacturing employee is $81,843.

That’s roughly 60% higher than per employee compensation across the entire nonagricultural private sector.

But factory job growth is not spread out evenly across the country.

For many years, it has been concentrated in states where laws prohibiting the forced payment of dues or fees to a labor union have been adopted and taken effect.

As of today, 27 states have Right to Work laws on the books that protect employees from being forced to bankroll a union, on pain of termination.

Last year, 77% of the entire net U.S. increase for manufacturing employment occurred in these 27 states. And that is consistent with the long-term trend.

From 2009 to 2019, manufacturing employment expanded by 10.0% in the 22 states that had Right to Work laws in effect for the entire decade.

That’s more than triple the aggregate 2.9% gain for the 23 states that were still forced-unionism at the end of the decade.

By 2019, 53% of America’s manufacturing jobs were located in Right to Work states.

On average, these jobs paid better than their counterparts in compulsory-unionism states, when regional differences in the cost of living are taken into account.

Commerce data, adjusted for cost-of-living differences according to an index calculated by the Missouri Economic Research and Information Center, a state government agency, show that in 2018 the average annual compensation per Right to Work state manufacturing employee was roughly $6,400 higher than the average for states that lack Right to Work protections.

“In the global marketplace that has emerged over roughly the past three decades,” observed National Right to Work Committee Vice President Matthew Leen, “less and less assembly-line production of low-cost goods is going to occur in the U.S. and other wealthy countries.

“That doesn’t mean that, in the future, American manufacturing won’t be able to sustain and create jobs that enable millions and millions of workers to provide well for themselves and their families.

“But these jobs require employees who are willing and able to develop their skills and show individual initiative.

“That’s why a forced-unionism regime under which employees are required to submit to Big Labor in order to keep their jobs is simply incompatible with modern manufacturing.

“On the other hand, Right to Work laws foster an ideal environment for modern manufacturing by empowering employees who disagree with Big Labor obstructionism and ‘hate-the-boss’ class warfare to resist by quitting the union and withholding all financial support for it.”

“This is a key reason why Right to Work states now represent the future for high-paying manufacturing jobs and businesses in the U.S.,” Mr. Leen added.

“Our country’s employees and businesses can overcome the harsh setback dealt us by the coronavirus, just as we have overcome even graver setbacks in the past.

“But we need to remove unnecessary obstacles to growth.

“No single piece of legislation in Congress now would do more to sustain and accelerate America’s manufacturing comeback than the National Right to Work Act [H.R.2571/S.525], which would bar forced unionism in all 50 states.” 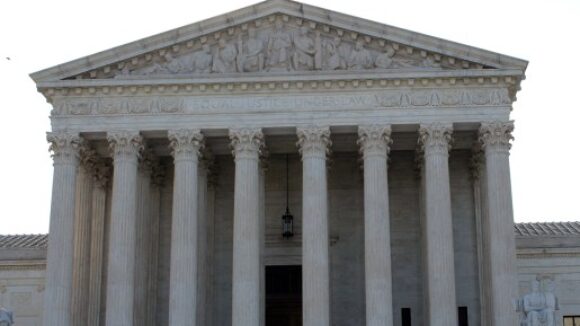 Did Biden Labor Secretary Lie to Conceal How Boston Police Union Brass Had ‘Enabled and Elevated an Accused Child Molester’?

“Despite that finding,” continued the April 11 Globe report, “Rose kept his badge, remained on patrol for another 21 years, and rose to power” in the BPPA union.

What Companies are Expanding in Right to Work Alabama?

Three businesses that are investing soon in Right to Work Alabama include Mohawk Industries, Trachte Building Systems, and Jo-Anne Stores.

These Companies are Investing in Right to Work Michigan

Three companies that are investing in Right to Work Michigan include Autocam Medical, Mission Design and Automation, and BAMF