Shake Up? No, Shake Down!

Andrew Stern, the union boss of the Service Employees International Union (SEIU) has been touring the country promoting a new book hyping the “shake-up” of union politics. But in Los Angeles, the former head of the local SEIU is being prosecuted for shaking down its members to pay for politics.

A jury has been asked to determine whether Janett Humphries, the local SEIU head that “represents” Los Angeles school workers, conspired to break the $500 legal limit on political contributions by having her union pay for campaign workers and a cellphone for Martin Ludlow during his successful 2003 campaign for the Los Angeles City Council.

Ludlow, a close friend of Los Angeles Mayor Antonio Villaraigosa’s, resigned his council seat to head the county labor federation in 2005. He pleaded guilty in a related case earlier this year and testified against Humphries during the trial.

In addition to conspiracy charges, Humphries is charged with two counts of perjury for failing to disclose her assistance to Ludlow on campaign forms. Lawyers close to the case say she is unlikely to face jail time if convicted, though she may be in more jeopardy next month when she is scheduled to go on trial in federal court on related charges of conspiracy and embezzlement from her union.

Humphries’ union has long been a behind-the-scenes political power, providing muscle and phone-bank services for local and national candidates. When asked whether she understood the meaning of perjury, she claimed she did not.

It’s clear that if the SEIU union bosses want to “shake-up” union politics, they should first stop the shake down of American workers. 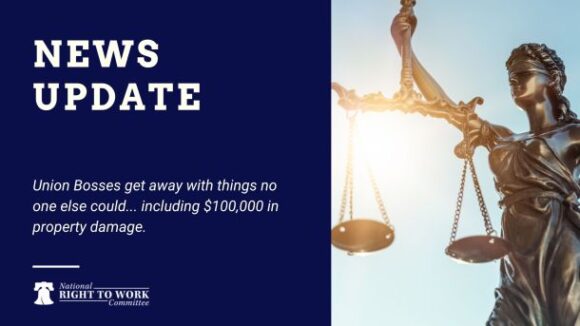