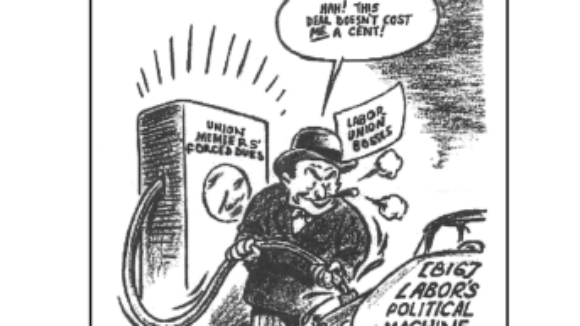 Compulsory-Dues Privileges Made It Possible

Big Labor’s Politics/Lobbying Expenditures Top $1.7 Billion Drawing on a variety of published sources, the National Institute for Labor Relations Research has recently estimated that Big Labor spent more than $1.7 billion on politics and lobbying in 2015 and 2016. 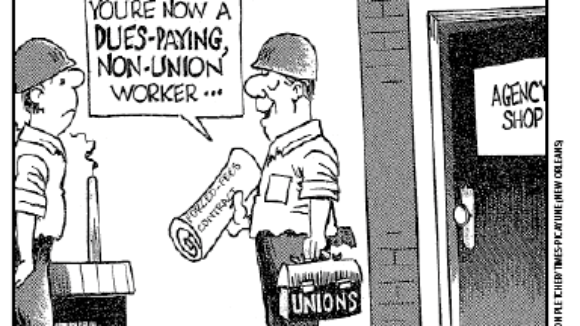 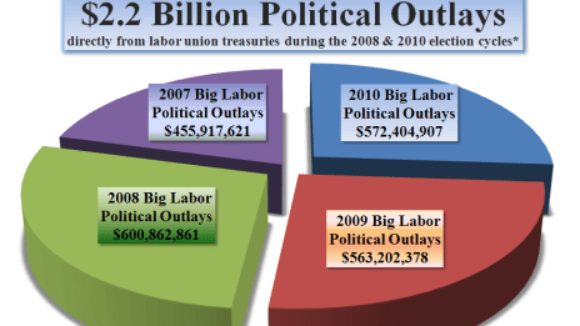 Right to Work Has Been Right All Along

Big Labor Spent $1.14 Billion on Politics, Lobbying in 2009-2010 (Source: September 2011 NRTWC Newsletter) A surprising source has confirmed, unimpeachably, that Big Labor spends more than a billion dollars on politics and lobbying per federal campaign cycle. National Right to Work Committee members have for years known this to be true. But poor-mouthing union officials and supposedly nonpartisan monitors of political spending like the Washington, D.C.-based Center for Responsive Politics (CRP) continue even today to foster a false impression that Big Labor spends less on electioneering and lobbying than Big Business. Unfortunately for the union bosses and their apologists, the very LM-2 forms that private-sector (and some government-sector) unions with annual revenues exceeding $250,000 are required to file with the U.S. Labor Department show unambiguously they control by far the most massive political machine in America. Reported Union PAC Spending Only Tip of the Iceberg In 2003, then-President George W. Bush's Labor Department revised these disclosure forms with the avowed goal of helping the millions of private-sector workers who are forced to pay union dues or fees as a job condition get a better idea of where there conscripted money was going. This was a worthwhile initiative. Current labor laws, as interpreted by federal courts, unjustly authorize the firing of employees for refusal to pay for unwanted union monopoly bargaining, unless the employees are protected by a state Right to Work law.

According to Reuters,  President Obama “is expected to raise $1 billion, which is unprecedented in U.S. politics” for his re-election campaign.  Based on the National Institute of Labor Relations Research (NILRR.org), Big Labor has average spending $1.1…