Project Labor Agreements (PLAs), kickbacks to Big Labor unions that drive up the cost of construction projects by nearly 25% have been banned in Tennessee thanks to legislation signed into law by Gov. Bill Haslam. Tennessee is the fourth…

Project Labor Agreements (PLAs), kickbacks to Big Labor unions that drive up the cost of construction projects by nearly 25% have been banned in Tennessee thanks to legislation signed into law by Gov. Bill Haslam. Tennessee is the fourth…

Another $3 million for Union bosses

Ben Brubeck, writing at the Daily Caller, takes notice of another $3 million handout to the union bosses. Unfortunately, it is just the tip of the iceberg: Congratulations, Mr. and Mrs. Taxpayer, you just gave Big Labor a $3.3 million tip. Not for exceptional service, mind you. Just for wearing the union label. As part of the flood of taxpayer cash approved by the American Recovery and Reinvestment Act (ARRA) of 2009, the federal government has about $140 billion worth of federal and federally assisted construction projects to fund and oversee. Most of us would expect that such projects would be awarded to qualified bidders based on whichever contractor submits a bid delivering to taxpayers the best work at the best price. But that has not been the case under the Obama administration. After receiving major political dollars and support from Big Labor, President Obama signed Executive Order 13502 just 16 days after taking office. The order repealed a prior executive order in effect since 2001 that kept the government accountable by prohibiting government-mandated project labor agreements (PLAs) on at least $147.1 billion worth of federal construction projects. It had also ensured fair and open competition on hundreds of billions of dollars of important federally assisted schools, jails, bridges, roads and sewers in communities across the United States. Now, taxpayers are stuck with an executive order that encourages federal agencies, whenever possible, to require a union-favoring PLA on projects exceeding $25 million in total cost. Think of a government-mandated PLA as a stimulus package for Big Labor at the expense of taxpayers and the construction industry’s non-union workforce. PLA schemes discourage competition from qualified non-union contractors and ensure that most or all the workforce building the federal project will be union members hired through union hiring halls. Such favoritism steers lucrative federal contracts to unionized contractors and is especially appalling since just 14.5 percent of the U.S. private construction workforce belongs to a labor union. 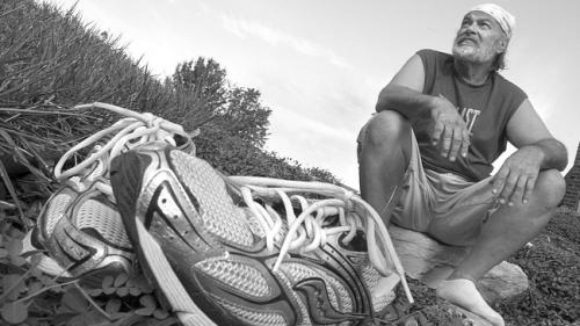 On September 17, John Falk and a few companions set off on foot for Washington, D.C. At the end of the journey, they pled with Congress to stop PLA discrimination against union-free workers and firms. Image Credit: Daily Record/Sunday News—Jason Plotkin Obama Executive Order Denies Union-Free Workers a 'Fair Shake' (Source: October 2010 NRTWC Newsletter) John Falk, a genial 59-year-old glass worker from Red Lion, Pa., made a five-day trek on foot last month from his home state to Capitol Hill in Washington, D.C. Mr. Falk and the three people who accompanied him -- a friend, a fellow worker, and his employer, Debra Zarfoss -- walked 89 miles to help mobilize public opposition to federal and state policies that discriminate against union-free employees and businesses. As Mr. Falk puts it, "We're not looking for a handout, bailout, or any other special favor. We just want a fair shake." Unfortunately, President Barack Obama and most current U.S. congressmen and senators are opposed to letting union-free workers like John Falk compete on a level playing field. Back in February 2009, one of the first major actions the President took after settling in at the White House was to issue Executive Order 13502, which promotes union-only "project labor agreements" (PLAs) on federally funded public works. This April, the Federal Acquisition Regulation (FAR) Council published a "final rule" implementing E.O.13502. 'Job Discrimination Because . . . of a Worker's Union Membership Is Flat Wrong' "E.O.13502 pressures federal agencies to acquiesce to PLAs on all large public works," noted Matthew Leen, vice president of the National Right to Work Committee.