With the national media and all too many local news outlets already dominated by angry 2020 presidential campaign rhetoric, stories about how American employees and their employers are succeeding in serving customers and making better lives for themselves often get overlooked.

One heartening story that deserves far more public attention is the transformation, over just the past few decades, of Right to Work Tennessee into a potential future “automotive hub” of the U.S., as industrial journal Tire Review has aptly characterized the Volunteer State.

As a recent analysis for this Akron, Ohio-based publication noted, “87 of the 95 counties are home to automotive operations in Tennessee.”

Automotive firms that employ Tennesseans include assembly companies like Nissan and Volkswagen “and over 900” parts suppliers.

And 25 of the more than 900 automotive manufacturing establishments in Tennessee make tires. Just since January 2011, nine tire companies have launched start-ups or expansion projects in Tennessee, resulting in a total of “3,200 new job commitments and $1.4 billion in announced capital investment . . . .”

Tire Review properly cited Tennessee’s Right to Work law, which prohibits “the use of union membership status as a condition for getting or keeping a job,” as one of the key reasons why the state has had “so much growth” in such a short span.

“The correlation between Right to Work status and growth in a wide array of manufacturing-sector employment, including automotive manufacturing, is obvious and robust,” said National Right to Work Committee Vice President Matthew Leen.

“U.S. Labor Department data show that, in 2018, 6.76 million manufacturing jobs, or 53% of all factory jobs across the U.S., were located in the 27 states that had passed and implemented Right to Work laws making union financial support and membership completely voluntary.

“Excluding the three states that adopted and began enforcing bans on forced union dues and fees between 2015 and 2017 [Wisconsin, West Virginia and Kentucky], total Right to Work manufacturing employment rose by 425,000, or 7.6%, from 2013 to 2018.

“In absolute as well as percentage terms, those gains are more than double forced-unionism states’ factory job growth.

“The six states with the greatest percentage gains in 2013-18 payroll manufacturing employment (Florida, Georgia, Idaho, Michigan, Nevada and Utah) are all Right to Work. And Right to Work Tennessee’s gain of 10.9% was well over triple the forced-unionism state average.”

One of the ongoing Tennessee projects by tire manufacturing companies is a $360 million, 830,000 square-foot facility in Dayton, a small town with just over 10,000 residents located 35 miles northeast of Chattanooga.

Finnish tire maker Nokian, which previously did not have any plants in North America, announced in 2017 it would make this investment, which is expected to support 400 jobs once it is fully operational.

The annual capacity of the factory will be four million tires, “with further expansion possible,” according to reporter Mike Pare of the Chattanooga Times Free-Press.

With a wide array of opportunities available for manufacturing employees in Tennessee, Nokian managers know they have to go the extra mile to attract and retain talented and reliable team members.

‘We Strive to Be the Employer of Choice in Southeast Tennessee’

“We are committed to giving our workers [in Dayton] everything they need to succeed, including in-depth training, competitive wages and a positive workplace culture . . . . We strive to be the employer of choice in Southeast Tennessee . . . .”

Mr. Leen commented: “Despite a lot of talk in recent years about the supposed ‘demise’ of manufacturing in the U.S., Tennessee and many other Right to Work states are demonstrating that good-paying, family-supporting factory jobs can still be  created and sustained in 21st Century America.

“But painful experience shows such successes are rare when employees and businesses are hamstrung by monopolistic unionism. Congress simply must stop authorizing and promoting it!” 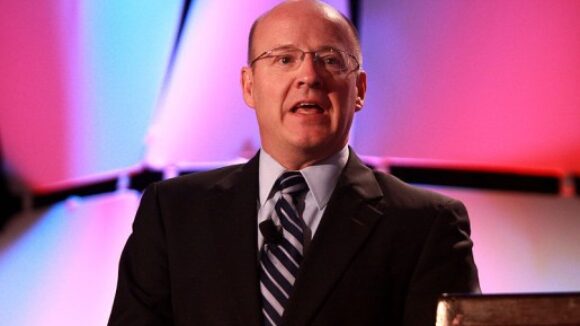 ‘Nothing Short of Incredible’ Economic News