The National Labor Relations Board assault on state Right to Work laws is under assault itself.

The Post and Courier of South Carolina opines that the attack could doom big labor. Here’s why:

Organized labor’s political supporters took a beating in last year’s elections at every level throughout the nation. Now the unions are fighting back — and the “right to work” states of the South and West are rhetorical and actual targets, especially South Carolina.

Consider the latest threat by the National Labor Relations Board.  Acting General Council Lafe Solomon wrote attorneys general in South Carolina, South Dakota, Arizona and Utah on April 22 that constitutional amendments requiring a secret ballot for union elections adopted by voters in all four states last year are a violation of federal law, and that he plans to sue them in federal courts to invalidate the state laws.

The constitutional amendment requiring that the decision to form a union must be reached through secret ballot was approved by 86 percent of South Carolina voters last November. Voter approval rates were 79 percent in South Dakota, 61 percent in Arizona and 60 percent in Utah.

The Solomon threat comes on top of a complaint by the NLRB against Boeing for opening a production line for the 787 Dreamliner in North Charleston, claiming that it was illegal retaliation against unionized workers in Washington state.

On Thursday, S.C. Attorney General Alan Wilson and eight other state attorneys general denounced the NLRB action against Boeing as a “retaliatory … intrusion by the federal bureaucracy on behalf of unions” without legal merit and destructive of jobs.

On a revealing rhetorical level, a recent Washington Post op-ed by Harold Meyerson was entitled, “150 years later we are still fighting the Civil War.” He declared that the nation is “again divided over whether Southern or Northern labor systems, and Southern or Northern versions of government, shall become the national norm.”

In his pro-labor view, states with low unionization and strong right-to-work laws (that allow individuals to opt out of unions) are equivalent to antebellum slave states, while those with strong pro-union laws that often compel union membership are on the right side of history and lead to better, higher-paying jobs for all. The sad history of the U.S. automotive industry should refute this twisted view. But it does seem to reflect the embattled outlook of organized labor — and its minions on the left wing of the Democratic Party.

The unions may make temporary gains with support from the Obama administration, though the NLRB’s legal arguments in the Boeing and secret ballot cases appear weak. But they are fighting an uphill battle.

Even the majority Democratic Massachusetts Legislature voted 111-42 last week to cut off the right of public employee unions to bargain over health care. The head of the Massachusetts AFL-CIO said the defeat was “stunning” and vowed, “We are going to fight this to the bitter end.”

If the labor movement persists in attacking the right to work, it could be writing its own epitaph.

After she was sworn into office last year, NLRB GC Jennifer Abruzzo began campaigning to undercut the rights American employees have... 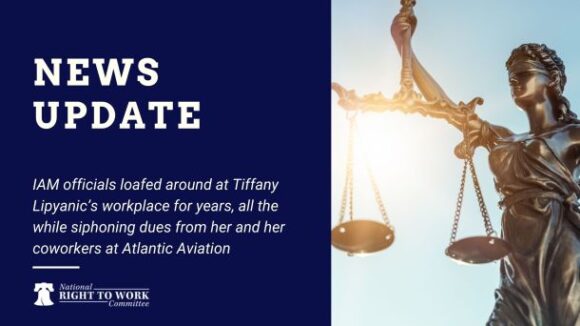 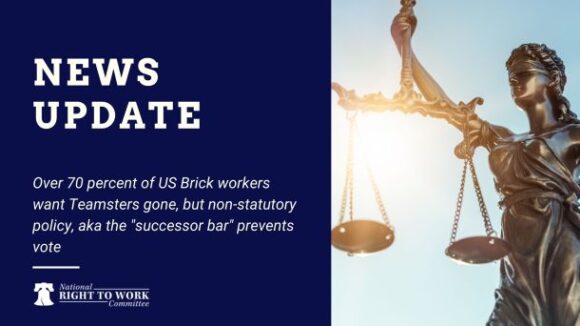