Rep. Allen West (R-FL), a decorated Army veteran, certainly won’t cower behind his desk with news that the SEIU is paying people to protest his offices.  The Palm Beach Post reports:

A union-financed group is going after U.S. Rep. Allen West, R-Plantation, using the anti-corporate language of the Occupy Wall Street movement from an office in the Corporate Building on Corporate Way in West Palm Beach.

Stand Up Florida has organized several recent anti-West protests and hired about 10 canvassers at $10 to $12 an hour for a five-week effort to build a “movement” in the newly drawn Palm Beach-Treasure Coast congressional district where West is running this year.

One Miami spokesman Jose Suarez said the financial backers of his group, which has about a dozen full-time employees, include the SEIU and a group called Florida New Majority.

All of this is just another outrageous example of the SEIU using members due’s money for politics. 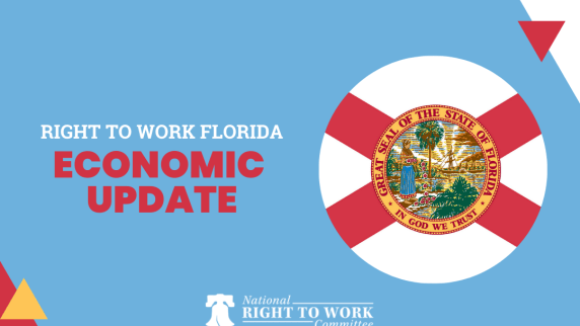 Businesses to Add New Facilities in Right to Work Florida

Two businesses that are investing in Right to Work Florida include Dassault Falcon Jet and Assure Infusion.