Employers’ personnel files hold lots of private information about employees, including their Social Security numbers and those of their next of kin.

If identity thieves gain access to employees’ names along with their personal information, they can use what they’ve stolen to open bank accounts, obtain credit cards, and create false work documents.

Consequently, employers across the country are legally required to maintain the confidentiality of employee Social Security numbers.

Employers who do not take care to restrict access to employee personnel files to parties who have legitimate reasons to require it, such as the employees themselves, their managers, and HR personnel, may face substantial fines and other penalties.

Union officials may, therefore, wield their monopoly-bargaining privileges to obtain and preserve in their files the names and Social Security numbers of union members and nonmembers alike.

Many states, including Illinois, similarly make a special privacy-law exception regarding the personal information of state and local public servants, including teachers.

In the Prairie State, union officials who have been granted “exclusive” negotiating power may legally insist that the employer hand over the personal information of all of the employees under their control.

Employees who have not joined the union, and would never do so voluntarily, have no recognized right to object.

Early this year, GOP Rep. Mark Batinick, a state lawmaker who hails from the Village of Plainfield in northeastern Illinois, introduced H.B.660, a pro-employee privacy reform.

This measure would simply have prohibited Illinois public employers from providing union bosses with an employee’s Social Security number without first getting his or her permission.

But on February 23, H.B.660 was defeated in the House Labor & Commerce Committee.

Union-label Chairman Jay Hoffman (D-Belleville) and 14 other Democrat members of the panel voted against sending this measure to the chamber floor. (See the chart below for a list of all of the Big Labor politicians who voted against H.B.660.)

Ms. King added that the danger union bosses could misuse employee private records they have no legitimate need to see is not merely theoretical.

“Over the years, union officials in state after state have again and again used workers’ personal information for nefarious purposes. And they have often gotten away with it without suffering any serious penalty,” she explained.

In the fall of 2007, for example, John Glenn, president of Local 3602 of the Communications Workers of America (CWA) union, maliciously posted the names and Social Security numbers of 33 AT&T Bell South employees on a publicly accessible bulletin board at the company’s facility in Burlington, N.C.

All of the employees, whose names and personal information were posted in a hallway close to the building entrance, accessible to employees and nonemployees, had exercised their freedom under North Carolina’s Right to Work law to resign from the CWA and cease paying dues or fees to a union they didn’t want.

In June 2008, 16 of the employees whose rights under North Carolina’s Identity Theft Protection Act (ITPA) were brazenly violated filed a state suit against Mr. Glenn and other CWA union officials.

But incredibly, both the trial court and the state Court of Appeals found that, since Mr. Glenn’s obvious goal was to retaliate against employees for exercising their legal right to refrain from union membership, he is entitled to a special exemption from being subjected to the ITPA’s penalties!

“Workers who wish to remain union-free have ample reason to believe Big Labor can’t be trusted with access to their personal information,” concluded Ms. King.

She vowed that the Committee would actively support both federal and state legislative efforts to keep union bosses from getting their hands on union nonmembers’ Social Security numbers and other private records. 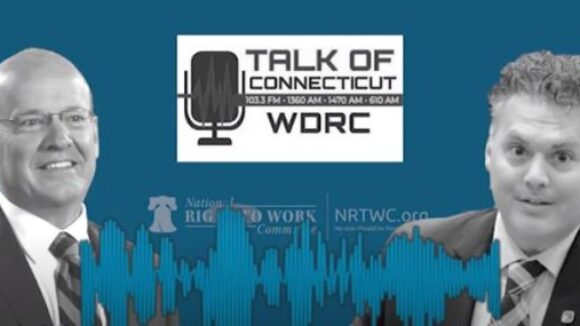