In the Golden State, union bosses proudly wield their monopoly-bargaining and forced-dues privileges, and seem to have everything they want.  They control lopsided majorities in both chambers of the Legislature.  Statewide officeholders from Democratic Gov. Jerry Brown on down are “beholden to powerful state employee unions.”

And yet, as K.E. Grubbs Jr. and Shawn Steel explain in a new Weekly Standard article (linked below), a series of ugly showdowns between California’s elected officials and government union kingpins appear to be unavoidable.  And the day of reckoning may well come within the next few months:

California voters in November overwhelmingly pulled the lever for a one-party state. Democrats control the governorship, statewide offices, and veto-proof legislative majorities​—​all beholden to powerful state employee unions. If the recent standoffs with such unions in Wisconsin and Michigan seemed dramatic, just wait for the coming epic in California, a state known for manufacturing drama. No prospective Scott Walker or Rick Snyder, the governors of Wisconsin and Michigan, appears on the political horizon. But that doesn’t mean peace with the unions—the money to buy it doesn’t exist. So there will be a budget war of multiple battles and skirmishes. 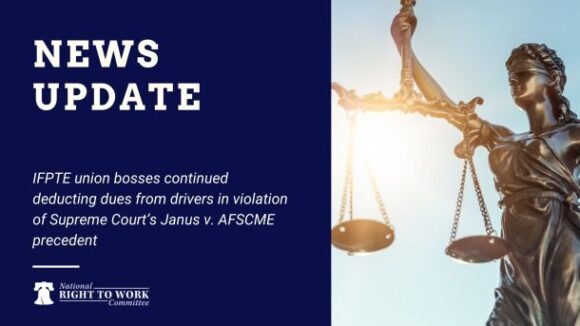