National Right to Work President Mark Mix wrote President Obama declaring, “﻿Solomon’s poor judgments regarding the deliberations that brought about his complaint [against Boeing and its workers in South Carolina] and the complaint itself disqualify him as an acceptable nominee…

It is almost surreal, but the union bosses of Wisconsin are preparing to call a general strike asking rank and file members to gamble their paychecks to protect the gravy train for government workers who make nearly $100,000 a year. 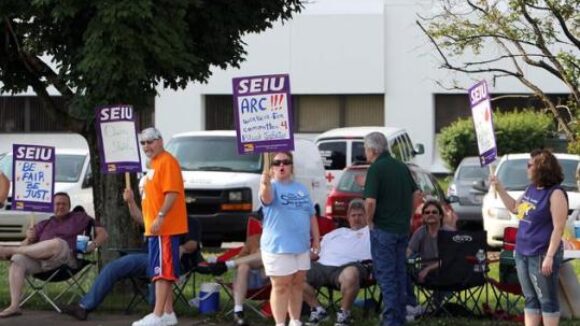 In Huntington, West Virginia blood collections were suspended Wednesday as 60 union workers joined a broader coalition of SEIU activists to initiate a strike against the American Red Cross. 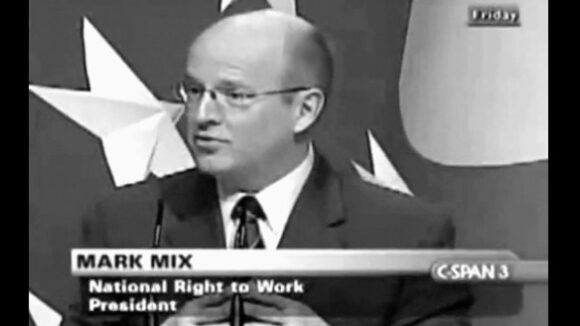 The National Right to Work Committee President Mark Mix discussed the Big Labor commuter shutdown that is hurting workers all across Philadelphia with Fox Business Channel’s Brian Sullivan. Mix pointed to the fact that many union members did not want…

Teamsters Could Strike -- Against Themselves

Talk about embarrassing.  The unionized workers of the Teamsters’ Washington-based national staff are locked in a contract dispute with their own national organization and are threatening to strike against Boss Hoffa and company. Incredibly, Hoffa is preparing to…