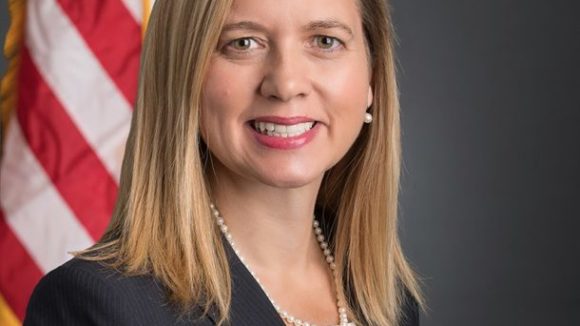 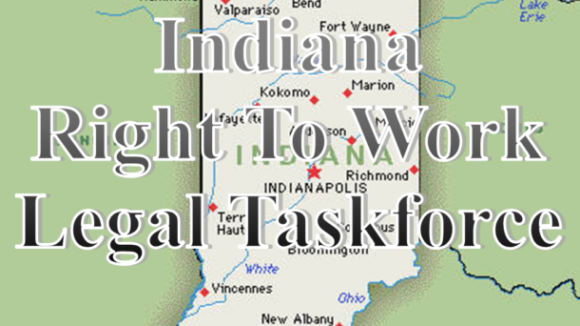 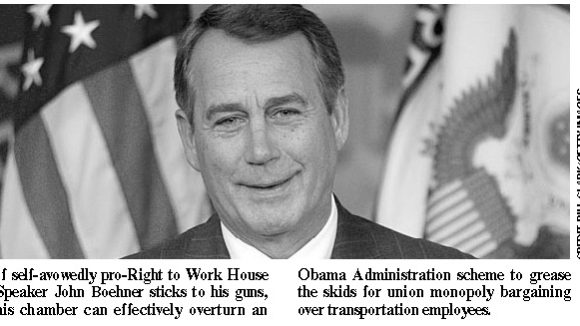 Principled U.S. House Leadership Can Thwart Big Labor Power Grab (Source: September 2011 NRTWC Newsletter) Over the next few weeks, the U.S. House will have the opportunity to turn back a Big Labor-inspired bureaucratic rewrite of the procedures through which union officials acquire monopoly-bargaining privileges under the Railway Labor Act (RLA). If self-avowedly pro-Right to Work House leaders and rank-and-file members blow this opportunity, another one won't come for a long time. In June 2010, President Obama's two appointees on the three-member National Mediation Board (NMB) instituted an RLA rule change making it far easier for airline and railroad union chiefs to acquire monopoly power to negotiate employees' pay, benefits, and work rules. NMB members Harry Hoglander and Linda Puchala, the two Obama-selected bureaucrats favoring the rule change, are both ex-union bosses. They overturned decades-old procedures previously supported by GOP and Democratic presidential administrations alike. Union Monopoly Bargaining Hurts Employees and Businesses Federally-imposed "exclusive" (monopoly) union bargaining undermines efficiency and productivity by forcing employers to reward equally their most productive and least productive employees. The damage is compounded when the employees already hurt by being forced to accept a union bargaining agent opposed to their interests are then forced to pay dues or fees to the unwanted union.

Who Likes the Secret Ballot Now?

After trying to eliminate the secret ballot election in the workplace, Big Labor is now demanding a secret ballot election. From the Heritage Foundation: Secret ballots protect voters from intimidation. As long as a vote remains private, no one can retaliate against individuals for voting the “wrong” way. The leadership of the union movement wants to replace secret ballot union elections with “card-check”—a system where workers would unionize by signing union cards in the presence of union organizers. Publicly, union leaders insist that union organizers would never intimidate workers if they knew how they voted. But it turns out union bosses know full well that without secret ballots, union organizers would intimidate workers. Two unions, the International Association of Machinists (IAM) and the Association of Flight Attendants–Communications Workers of America (AFA–CWA) are vying to represent workers at the newly merged United–Continental airlines.

The Daily Caller notes that Congress will be asked to protect workers from the National Mediation Board which decided that labor bosses now have the ability to forcibly unionize workers in the airlines and railroad industries: And with…

A Faster Track to Union-Boss Monopoly?

Obama Bureaucrats Keen to Help Herd Transport Workers Into Unions (Source: January 2010 NRTWC Newsletter) Much that is written about American labor unions is misleading because it assumes they operate like other private, nonprofit organizations. In key respects, this assumption…