After Big Labor allies consolidated control of the legislative and executive branches of government in Colorado for the first time in a generation — with the help of forced-union dues — union officials expect to cash in. Mitch Ackerman, the Boss of the Service Employees International Union Local 105 in Colorado, says that government run health care is tops on their agenda. Expanding the number of workers compelled to pay forced dues will come later — no doubt.

In speaking about the plan, Ackerman resorts to old strategies that have worked “well” in the past. He says that after the framework is established and the system is up and running, “everyone has to play.”

“Play” is an interesting choice of words. Perhaps he meant “pay.”

Because, just like the forced-unionism privileges union officials enjoy, what it really boils down to is, sooner or later, Big Labor will seek to force workers to “pay” to “play.”

With the new make up of Colorado government, Ackerman is sure to get a sympathetic ear. 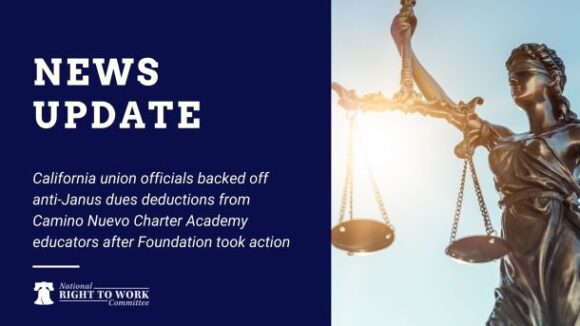