The National Right to Work Foundation filed formal comments with the Centers for Medicaid and Medicare Services (CMS), a division of the Department of Health and Human Services, asking the agency to reject an attempt to authorize state officials to redirect Medicaid funds into union coffers. […]

“The Biden Administration’s plan to reauthorize the Medicaid union dues skim is a cynical ploy to allow their political allies to divert funds that federal law makes clear should be going to help those who are homebound or have significant disabilities,” observed National Right to Work Foundation Vice President Patrick Semmens. “Homecare providers’ own free choice should determine whether union bosses receive their support, not politically motivated, federally imposed special exemptions.”

Contents from this post were pulled from an article from the National Right to Work Legal Defense Foundation Website. Read the full article here. 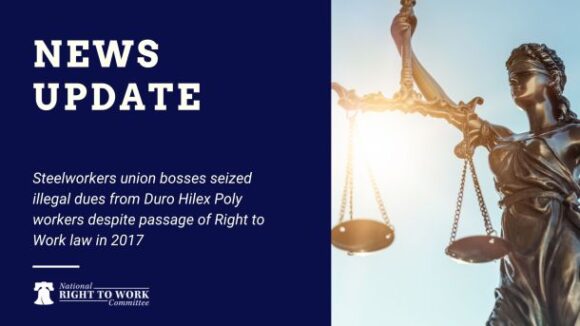