This week, the National Right to Work Foundation attorneys are heading to court — the Supreme Court — to protect people like Gary Davenport and a group of 4000 teachers from Washington State who do not want to be forced to join a union or pay union dues and fees as a condition of employment.

At issue is whether the teacher union bosses must allow independent-minded teachers to say “yes” before union fees, collected as a condition of employment, can be used for political causes or whether teachers must specifically object to having a portion of the fees spent for that purpose. Independent observers say a ruling in the union’s favor could open the door to union officials’ efforts elsewhere to roll back limits on the use of dues.

“This has been going on and will continue to go on to those teachers who don’t have a voice,” said Davenport, 32. “They really don’t have an opportunity to defend themselves or protect their own money. They’ve kind of been bullied by the unions.”

Davenport and the four other named plaintiffs are receiving free legal aid from the National Right to Work Legal Defense Foundation (www.nrtw.org). 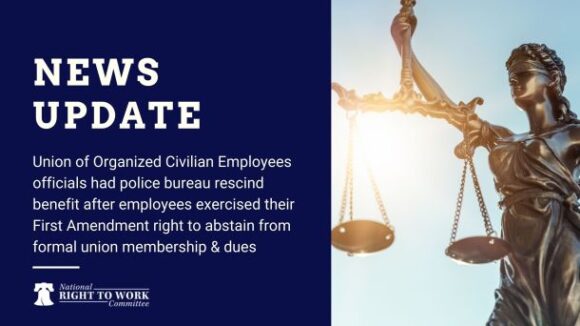 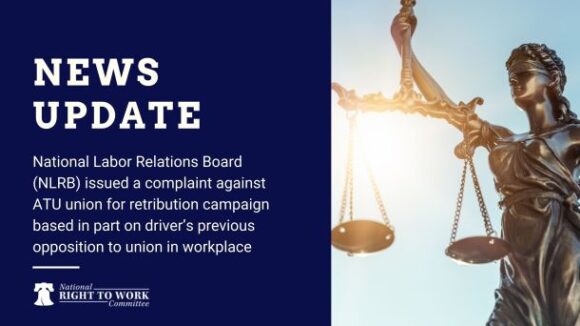 NLRB issued complaint against ATU union for retribution campaign based in part on driver, Thomas McLamb's previous opposition to union in workplace