More and more elected officials across the country are coming to recognize the unsurprising fact that public policies promoting monopolistic unionism in the workplace are harmful to employees, employers and consumers.  And laws empowering one union to act as the monopoly-bargaining agent for all the front-line employees in an enterprise on matters considering their pay, benefits, and work rules are especially destructive when they target the public sector.  In private businesses, the discipline of the marketplace often tempers Big Labor excesses.  Such discipline is comparatively very weak or even nonexistent in government enterprises.

Unfortunately, many politicians who understand the need to roll back the monopoly-bargaining privileges of government unions make an exception for public-safety unions.  But is it any less dangerous to entrust police and fire union officials with monopoly control over employees?  Experience says no.

The latest evidence to the contrary is now making headlines in the Sunshine State.  This week, the president and the vice president of Jacksonville’s Fraternal Order of Police were arrested on charges that, in exchange for large sums of money, they wielded the influence and clout they have under Florida’s public-sector monopoly-bargaining law to “protect and promote” an illegal gambling operation.

A report appearing in Jacksonville’s Florida Times-Union yesterday (see the link below) has additional information:

Leadership at the Allied Veterans of the World used contacts and contributions to Jacksonville’s Fraternal Order of Police “to protect and promote itself” as it operated an illegal gaming system, an investigator’s affidavit released Wednesday said.

Though the police union distanced itself from the veterans group, initially describing itself as unconnected to the $300 million racketeering probe that saw its own president and first vice president arrested, the affidavit said Allied chose “to pay members of law enforcement and to divert proceeds to the Jacksonville Fraternal Order of Police.” 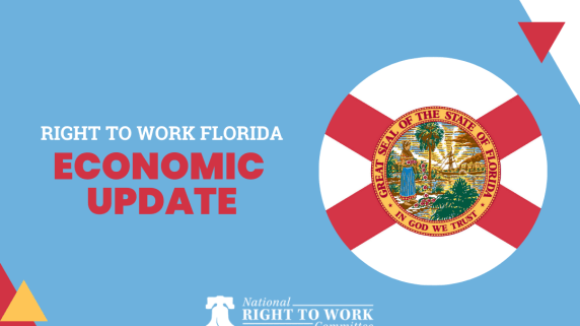 What Do Allegis Group and CoinFlip Have in Common?

Allegis Group and CoinFlip are both adding new locations soon in Right to Work Florida.