Boeing, which is moving production from high-cost Washington State (a non-Right to Work State) to more competitive South Carolina (a Right to Work State), is under assault from the Board for its decision. The Wall Street Journal weighs in:

We knew that Big Labor had political pull at the Obama-era National Labor Relations Board, but yesterday’s complaint against Boeing is one for the (dark) ages. By challenging Boeing’s right to build aircraft in South Carolina, labor’s bureaucratic allies in Washington are threatening the ability of states to compete for new jobs and investment—and risking the economic recovery to boot.

In 2009, Boeing announced plans to build a new plant to meet demand for its new 787 Dreamliner. Though its union contract didn’t require it, Boeing executives negotiated with the International Association of Machinists and Aerospace Workers to build the plane at its existing plant in Washington state. The talks broke down because the union wanted, among other things, a seat on Boeing’s board and a promise that Boeing would build all future airplanes in Puget Sound.

So Boeing management did what it judged to be best for its shareholders and customers and looked elsewhere. In October 2009, the company settled on South Carolina, which, like the 21 other right-to-work states, has friendlier labor laws than Washington. As Boeing chief Jim McNerney noted on a conference call at the time, the company couldn’t have “strikes happening every three to four years.” The union has shut down Boeing’s commercial aircraft production line four times since 1989, and a 58-day strike in 2008 cost the company $1.8 billion.

This reasonable business decision created more than 1,000 jobs and has brought around $2 billion of investment to South Carolina. The aerospace workers in Puget Sound remain among the best paid in America, but the union nonetheless asked the NLRB to stop Boeing’s plans before the company starts to assemble planes in North Charleston this July.

The NLRB obliged with its complaint yesterday asking an administrative law judge to stop Boeing’s South Carolina production because its executives had cited the risk of strikes as a reason for the move.

No wonder, the movie Atlas Shrugged is a surprise hit. 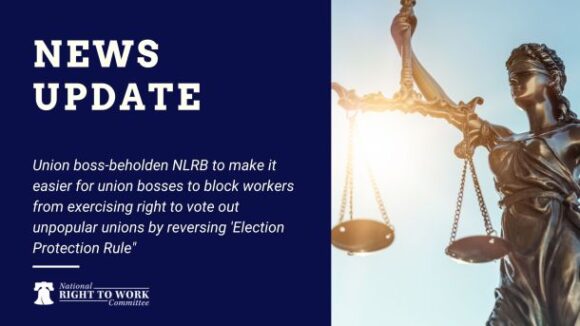