In an op-ed commentary published early this week in the Martinsburg (W.Va.) Journal, National Right to Work Committee President Mark Mix quickly presents the case that Mountain State employees and businesses alike would benefit economically from passage of a Right to Work law.  He also exposes a couple of the ways apologists for the forced-unionism status quo in West Virginia distort economic data in order to protect Big Labor’s special privileges:

West Virginia’s workers would benefit from a Right to Work law; both on the job market and in their wallets.

According to new and revised U.S. Commerce Department statistics released Sept. 30, total private-sector jobs (including contract and self-employment) in West Virginia grew by barely more than half the national average over the past decade.

The Mountain State’s paltry 5.7 percent increase in private-sector employment from 2002 to 2012 looks even more anemic by comparison with the healthy 15.3 percent average growth experienced by the 22 states that had Right to Work laws on the books throughout this period.

If most West Virginians were informed about these and other data showing far faster long-term economic expansion in Right to Work states than in their home state or in forced-unionism states generally, they would undoubtedly regard the information as a good reason for their elected officials to consider making support for unions voluntary. And that’s all state Right to Work laws do. They protect the individual employee’s freedom to refuse to join or pay dues or fees to a union, without being fired as a consequence.

But according to Harpers Ferry pundit Sean O’Leary, private-sector employment growth nearly triple that of West Virginia’s confers no significant advantage to Right to Work states. Why not?

Well, because West Virginia’s job climate is so unfavorable, lots of working-age people, especially young adults in their career-building years, are leaving the state. In fact, U.S. Census Bureau data show that, from 2002 to 2012, West Virginia’s population aged 25-34 fell by 1.7 percent, compared to gains of 6.0 percent for the nation as a whole and 11.2 percent for states that had Right to Work laws prior to 2012. Due to the out-migration of thousands and thousands of working-age people to other states, West Virginia’s unemployment rate is a relatively benign 6.3 percent, despite its extraordinarily weak job creation record. That’s good enough for O’Leary.

Most people in the Mountain State and across the U.S. would readily recognize that lowering unemployment through out-migration is not a viable economic strategy, but the blinkered perspective O’Leary displayed in his anti-Right to Work screed last month is sadly typical of those who share his affinity for monopolistic unionism.

To read the entire commentary, see the link below. 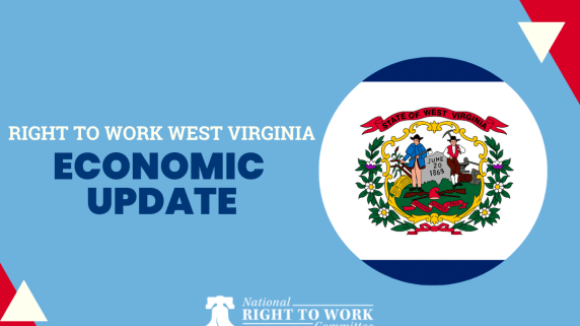 What do Veloxint and Klöckner Pentaplast Have in Common?

Veloxint and Klöckner Pentaplast are both investing in Right to Work West Virginia! 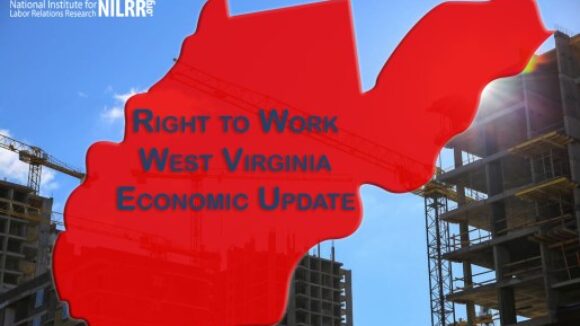 Businesses are Showing some Love for RTW West Virginia 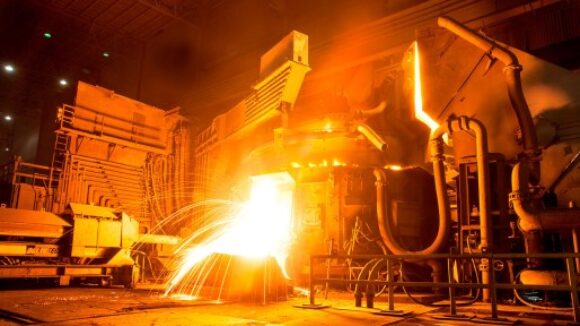 The business investment will exceed $2.7 billion, making it the largest ever for West Virginia and for Nucor.