Right to Work North of the Border

The Huffington Post — a liberal, pro-big labor website — looks at the efforts to allow Right to Work protections in Canada: 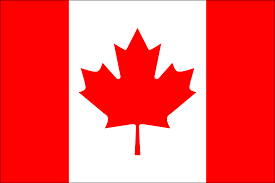 Canada is the “only nation on earth” that allows forced union dues payments, the president of the anti-union Canadian Labour Watch Association said during a debate on the Business News Network.

John Mortimer engaged in a sometimes heated debate with Canadian Auto Workers economist Jim Stanford on Tuesday’s show over U.S. “right-to-work” style laws. The legislation sweeping the U.S since the recession has made headlines in Canada since December, when border state and union stronghold Michigan became the 24th state to make compulsory union membership illegal.

“Organized labour leaders in this country need to [ask] why in Canada we need to continue to have something that every other nation has thrown off,” Mortimer told host Howard Green on BNN’s Headline. “You don’t pay those monies, you’re fired in this country and we’re the only nation left on earth that allows it, can’t happen in Sweden, not Russia, not Italy,” he said referring to rules in other countries that make it illegal for labour organizations to spend compulsory union dues for ideological or social causes without the support of their members.

For well over a year, union bosses in Virginia and the rest of the U.S. fought bitterly to block the reopening…