Outrageous.  That is the only way to describe the SEIU’s latest scheme to paid their coffers:

If you’re a parent who accepts Medicaid payments from the State of Michigan to help support your mentally-disabled adult children,  you qualify as a state employee for the purposes of the Service Employees International Union (SEIU). They can now claim and receive a portion of your Medicaid in the form of union dues.

Robert and Patricia Haynes live in Michigan with their two adult children, who have cerebral palsy. The state government provides the family with insurance through Medicaid, but also treats them as caregivers. For the SEIU, this makes them public employees and thus members of the union, which receives $30 out of the family’s monthly Medicaid subsidy. The Michigan Quality Community Care Council (MQC3) deducts union dues on behalf of SEIU.

Michigan Department of Community Health Director Olga Dazzo explained the process in to her members of her staff.  “MQC3 basically runs the program for SEIU and passes the union dues from the state to the union,” she wrote in an emailobtained by the Mackinac Center. Initiated in 2006 under then-Gov. Jennifer Granholm, D-Mich., the plan reportedly provides the SEIU with $6 million annually in union dues deducted from those Medicaid subsidies.

“We’re not even home health care workers. We’re just parents taking care of our kids,” Robert Haynes, a retired Detroit police officer, told the Mackinac Center for Public Policy. “Our daughter is 34 and our son is 30. They have cerebral palsy. They are basically like 6-month-olds in adult bodies. They need to be fed and they wear diapers. We could sure use that $30 a month that’s being sent to the union.”According to the Mackinac Center, the theoretical public employer for whom the Haynes’ work is the Michigan Quality Community Care Council (MQC3), an entity within the DCH that continues to operate, even though the state legislature has defunded it. Even the MQC3 calls the families hiring in-home health care providers”employers of providers,” but these health care providers are also treated as employers of MQC3 when it comes time each month to take dues out of their Medicaid payment and send it to the SEIU.

Mr. and Mrs. Haynes, of course, are both the parents (the employer) and the health care providers for their children, but they still lose money to the SEIU every month, despite having no interest in joining the union. They have been arbitrarily classified as state employees so that the union can take money from them.

Gov. Rick Snyder, R-Mich., already ended a similar scheme to provide unions with new “public employees” in the area of child care. His predecessor, Gov. Jennifer Granholm, D-Mich., had classified in-home daycare providers as public employees — a designation that forced them to pay union dues but conferred no other benefits upon them. Snyder’s director of the Department of Human Services ended that program. “[We] will stop all funding and, because these providers are not state employees, will also cease collecting union dues,” DHS director Maura Corrigansaid at the time.

Michigan’s state House has already passed a bill to prevent this sort of rent-seeking by public-sector unions, but it has stalled in the state Senate.

These Companies are Investing in Right to Work Michigan

Three companies that are investing in Right to Work Michigan include Autocam Medical, Mission Design and Automation, and BAMF

Michigan Strategic Fund and Ford are both investing in Right to Work Michigan. This will boost the economy by creating new jobs! 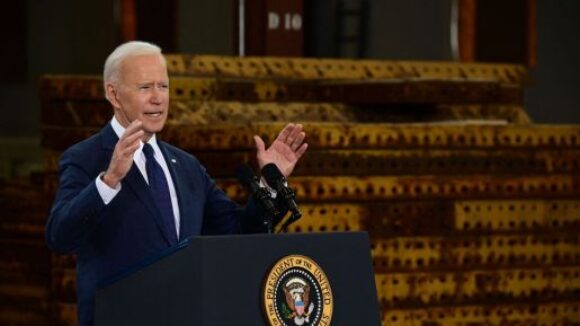