NLRB member Craig Becker was recess appointed to the labor board by President Obama. His prior career involved being a lawyer for the SEIU, one of the largest and most aggressive Big Labor unions in America. Becker’s time on the NLRB has seen that board attack Boeing for building an aircraft manufacturing plant in South Carolina, and go after Arizona and South Dakota for passing laws against “card check” unions elections that remove workers’ right to vote via secret ballot. In other words, Becker’s tenure has seen a massive tilt of the NLRB in Big Labor’s favor.

Utah Sen. Orrin Hatch today is going after Becker directly, over work done while Becker was at the SEIU. That union published a manual that described and encouraged union actions against corporations that included destroying the reputations of corprations and even the personal reputations of corporate leaders. Hatch wants to know who wrote that union intimidation manual.

U.S. Senator Orrin Hatch (R-Utah) today wrote to National Labor Relations Board (NLRB) member and former Service Employees International Union (SEIU) official Craig Becker to inquire about his involvement in union intimidation efforts. The letter sent to Becker comes after the SEIU’s “Contract Campaign Manual” was made public. The handbook tells union members to purposefully try to damage their employers’ reputations by coming up with allegations against their employers and managers and to even break the law to gain leverage in contract negotiations.

In the letter, Hatch writes that, “the manual explicitly advises union members to engage in tactics designed to attack the reputation of an employer as well as its managers and to purposefully damage an employer’s relationship with vendors and customers.  In addition, it advises employees to uncover “dirt” on management officials and publicize the information in order to obtain leverage in contract negotiations.  The manual even goes so far as to encourage union members to disobey certain laws when it serves the union’s purposes.”

Reforms urged by Foundation staff attorneys eased Miguel Valle and his coworkers’ near-unanimous effort to vote out unpopular Teamsters officials, who tried to use “blocking charges,” ultimately to no avail. 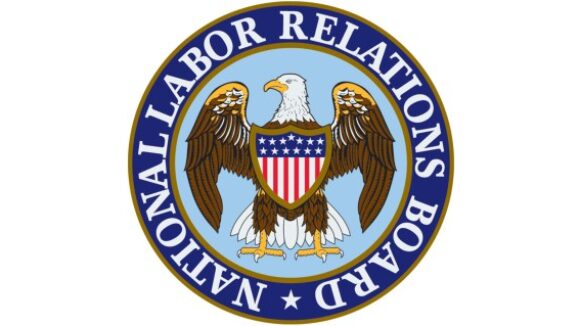