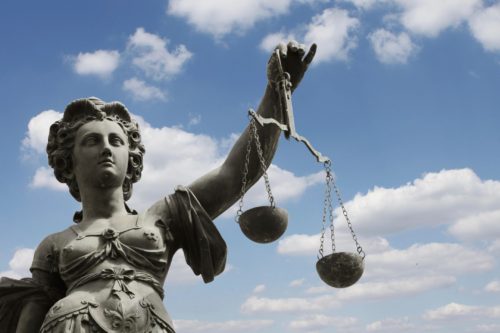 Janus v. AFSCME could free all government workers in the U.S. from being forced to pay union fees as a condition of employment

Washington, D.C. (June 6, 2017) – Today, the U.S. Supreme Court will be asked to hear a case that could free government workers from being forced to pay union dues or fees as a condition of employment.

Forcing government employees to pay money to union officials to keep their jobs violates the First Amendment, argues plaintiff Mark Janus in the case Janus v. AFSCME. Janus is a child support specialist from Illinois, whose lawsuit was brought by attorneys from the National Right to Work Legal Defense Foundation and the Liberty Justice Center.

The request for the U.S. Supreme Court to hear this case follows a March ruling by the U.S. Court of Appeals for the 7th Circuit, which upheld forced dues and fees based on the Supreme Court’s 1977 Abood v. Detroit Board of Education decision. The plaintiffs in Janus v. AFSCME argue that Abood was wrongly decided and should be overturned, especially in light of subsequent U.S. Supreme Court rulings that have applied strict scrutiny to mandatory union fees.

Mark Mix, president of the National Right to Work Legal Defense Foundation, issued the following statement about the case:

“For too long, millions of workers across the nation have been forced to pay dues and fees into union coffers as a condition of working for their own government. Requiring public servants to subsidize union officials’ speech is incompatible with the First Amendment. This petition asks the Supreme Court to take up this case and revisit a nearly half-century-old mistake that led to an anomaly in First Amendment jurisprudence. By applying the principles the Court laid out in two recent cases brought for workers by National Right to Work Legal Defense Foundation staff attorneys – Knox and Harris – the Court can end the injustice of public sector forced dues by the end of next term.”

Jacob Huebert, senior attorney at the Liberty Justice Center, described what is at stake in the Janus case:

“People shouldn’t be forced to surrender their First Amendment right to decide for themselves what organizations they will and won’t support just because they decide to work for the state, their local government or a public school. This case gives the Supreme Court an opportunity to restore to millions of American workers the right to choose whether to support a union with their money.”

Mark Janus works for the Illinois Department of Healthcare and Family Services and is forced to send part of his paycheck to AFSCME. He said, explaining why he brought the case:

“I went into this line of work because I care about kids. But just because I care about kids doesn’t mean I also want to support a government union. Unfortunately, I have no choice. To keep my job at the state, I have to pay monthly fees to the American Federation of State, County and Municipal Employees, a public employee union that claims to ‘represent’ me. I’m filing this case on behalf of all government employees who want to serve their community or their state without having to pay a union first.”

On the same day, Rauner filed a federal lawsuit in the U.S. District Court for the Northern District of Illinois against the collection of forced fees from state employees, asking for a declaratory judgment that the forced fee provisions violate the First Amendment and that his executive order was valid.

On March 23, 2015, staff attorneys from the National Right to Work Legal Defense Foundation and the Liberty Justice Center filed a motion for Mark Janus to intervene in the case. Janus’s complaint requested not only a declaratory judgment but also an injunction and damages from the unions for the compelled fees.

Although the court then ruled that Rauner did not have standing necessary to pursue his lawsuit, the challenge continued because the judge granted Janus’ motion to intervene. The case was renamed Janus v. AFSCME. On July 2, 2015, the Illinois Attorney General asked the district court to stay the case pending the Supreme Court’s decision in a case with similar constitutional issues at stake, Friedrichs v. California Teachers Association. The district court granted a stay on July 8, 2015.

According to most legal observers, the Supreme Court appeared ready to rule for the teacher plaintiffs in Friedrichs and declare that forced union fees for public sector workers violate the First Amendment. However, after Justice Antonin Scalia’s death in February 2016, the court ultimately deadlocked 4-4 on Friedrichs. Soon after, a district court judge dismissed Janus, allowing the case to be appealed to the 7th Circuit.

The appeal was filed in October 2016, and oral argument was held on March 1, 2017. On March 21, the 7th Circuit upheld the district court’s decision, ruling that the Abood v. Detroit Board of Education precedent applied to Janus v. AFSCME. That expected decision by the 7th Circuit allowed Janus’ attorneys to file a certiorari petition with the U.S. Supreme Court.

Janus follows a series of decisions that demonstrate a willingness by the Supreme Court to reconsider the constitutionality of forced union fees. In 1977, in Abood, the High Court had held that although union officials could not constitutionally spend objectors’ funds for some political and ideological activities, unions could require fees to subsidize collective bargaining and contract administration with government employers.

In the opinion Justice Samuel Alito authored, the door was left open to challenge all forced union fees as a violation of the First Amendment. Alito wrote, “By allowing unions to collect any fees from nonmembers and by permitting unions to use opt-out rather than opt-in schemes when annual dues are billed, our cases have substantially impinged upon the First Amendment rights of nonmembers.” Additionally he said, “Unions have no constitutional entitlement to the fees of nonmember-employees.”

Two years later, the Foundation assisted a group of Illinois home care providers, including Pam Harris, a mother taking care of her disabled son, in challenging a state scheme authorizing Service Employees International Union officials to require the providers to pay union dues or fees. National Right to Work Legal Defense Foundation attorneys took the case to the Supreme Court, which held that the forced dues requirement violated the First Amendment. The Liberty Justice Center filed an amicus brief in support of Pam Harris and the other plaintiffs with the Supreme Court.

In its Harris ruling, the Court heavily criticized the reasoning of Abood and refused to extend Abood to the “new situation” before it, “[b]ecause of Abood’s questionable foundations, and because the personal assistants are quite different from full-fledged public employees.” The decision held Illinois’ scheme unconstitutional and cracked the door even further open for the Court to revisit Abood and the constitutionality of forced union fees. Justice Alito wrote for the Court, “Except perhaps in the rarest of circumstances, no person in this country may be compelled to subsidize speech by a third party that he or she does not wish to support.”

Last year, it appeared that the Supreme Court was ready to strike down forced union fees for public sector workers for good in the Friedrichs v. California Teachers Association case. The case was brought by Rebecca Friedrichs and eight other teachers who argued that Abood should be overturned because the forced collection of union fees is a violation of the First Amendment. In that case, attorneys for the Liberty Justice Center filed an amicus brief for Mark Janus and National Right to Work Legal Defense Foundation staff attorneys filed a separate amicus brief. Both asked that the High Court strike down compulsory union fees for public employees as a violation of the First Amendment.

Most legal observers agreed that Scalia was set to cast the deciding fifth vote in favor of the plaintiffs. However, his death just weeks before the case was to be decided resulted in a deadlocked court and left Abood in place for the time being. Now, Janus provides another vehicle for the Supreme Court to revisit the constitutionality of compelled union fees for public employees.

If Biden sincerely wants the many U.S. schools that remain shuttered to reopen soon, he should publicly acknowledge the simple fact that thousands of school districts, predominantly located in jurisdictions where union bosses wield relatively little coercive power over teachers, are safely offering in-person instruction now.

“The Biden-Harris ticket’s ugly message to employees across America is: ‘Pay Big Labor to undercut your “economic interests,” or be fired from your job’!”